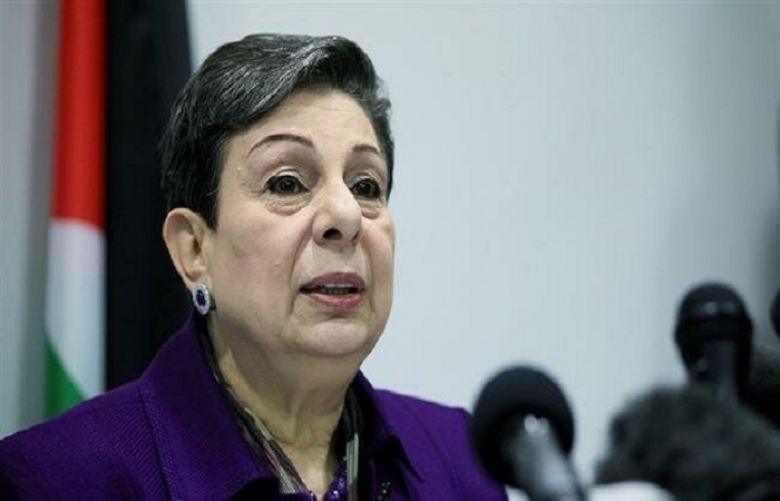 A senior member of the Palestine Liberation Organization (PLO) has censured the United Nations for its failure to include Israel in its annual blacklist of armed forces that commit atrocities against youths, arguing that the world body’s falling short of recognizing Israeli crimes against Palestinian children is inexcusable.

“This failure is inexcusable, given Israel’s dismal human rights record and its documented abuses against Palestinian children, including the arbitrary detention of hundreds of children every year, its use of torture against them and other grave violations, including the deliberate killing and maiming of roughly 2,800 Palestinian children in 2018 alone,” Hanan Ashrawi, a member of the PLO's executive committee, said in a statement on Thursday.

“Turning a blind eye to Israeli crimes and failing to apply such nominal standards of accountability emboldens the occupying power to escalate its flagrant violations, as documented and reported by human rights organizations,” she added.

Ashrawi noted, “In light of the international community’s abdication of its responsibilities vis-à-vis international law, it is no surprise that Israel continues to commit war crimes and violate international law and human rights on a daily basis with shameful impunity."

“Additionally, the right-wing in Israel is exploiting the current US-Israeli partnership to create new facts on the ground with absolute disregard for international law and declared rejection of the internationally-endorsed requirements of peace, including Palestinian statehood,” Ashrawi pointed out.

She stressed that “the international community and world bodies have a legal and moral obligation to hold Israel accountable for its relentless criminality and rogue conduct, to preserve the repute and relevance of international rules, and to ensure that Palestinian people enjoy their inalienable and absolute rights to self-determination and freedom.”

“Peace and prosperity in the (Middle East) region will remain elusive as long as racist and colonial agendas that dismiss Palestinian rights are advanced in the wake of international inaction on one hand and US collusion on the other,” Ashrawi underscored.

According to a report by UN Secretary General Antonio Guterres that was published late last month, Israeli forces killed and maimed some 2,800 Palestinian children in 2018 – the highest number in years. Israel, however, dodged the UN blacklist.

Some 59 Palestinian children were killed last year and 2,756 more were injured, the UN report said.

More than half of the deaths occurred during demonstrations along the fence separating the impoverished Gaza Strip from the Israeli-occupied territories.

Most of the young victims were “shot by live ammunition to the upper body, while reportedly posing no imminent threat of death or serious injury to Israeli forces”, the UN chief said in his 43-page report.

In the West Bank, some 1,398 Palestinian children were hurt by Israeli forces during “demonstrations, clashes and search and arrest operations.” Almost 1,000 of them were affected by inhaling tear gas, the report said.

Israel must “uphold international juvenile justice standards, as well as to cease the use of administrative detention for children and end all forms of ill-treatment in detention, and to cease any attempted recruitment of detained children as informants,” the UN report highlighted.