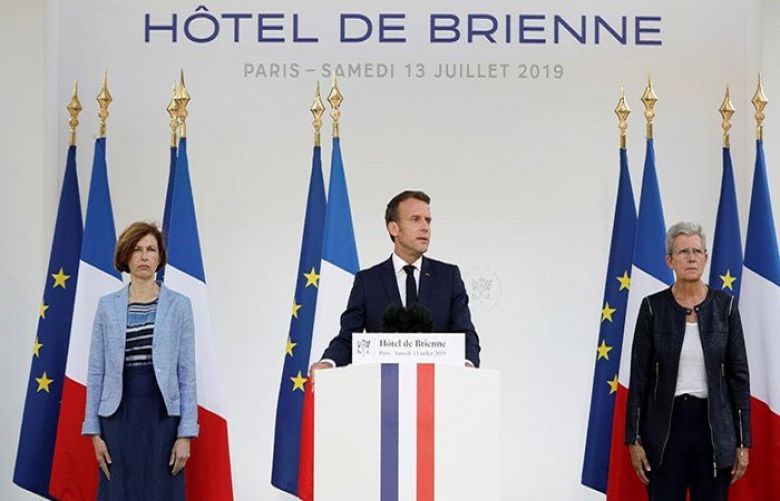 French President Emmanuel Macron on Saturday announced the creation of a new national military space force command that would eventually be part of his country's air force.

The declaration — made on the eve of France's Bastille Day national celebrations that feature a military parade down Paris's Champs-Elysees — mirrors an initiative in the US championed by President Donald Trump.

Macron told military brass gathered for a traditional pre-Bastille Day reception that the new space command would be created in September and aims to "ensure the development and reinforcement of our spacial abilities".

He called the renewed military focus on space a "true national security issue" and said it would go to "better protecting our satellites".

The "indispensable" outlay needed to see through the space command "will be decided," he promised.

France's declared interest in boosting its military readiness in space follows increased spending and interest in the area by the United States, China and Russia.

Observers see military activities — including spy satellites, location tracing and jamming, communications and cyberattacks — increasingly being set up in orbit around Earth.A

France notably has a 2019-2025 military spending plan that allocates 3.6 billion euros ($4 billion) to defence in space.

That includes the renewal of France's CSO observation and Syracuse communication satellites, the launch of three CERES electromagnetic-monitoring satellites, and the modernisation of a spatial radar surveillance system called GRAVES.