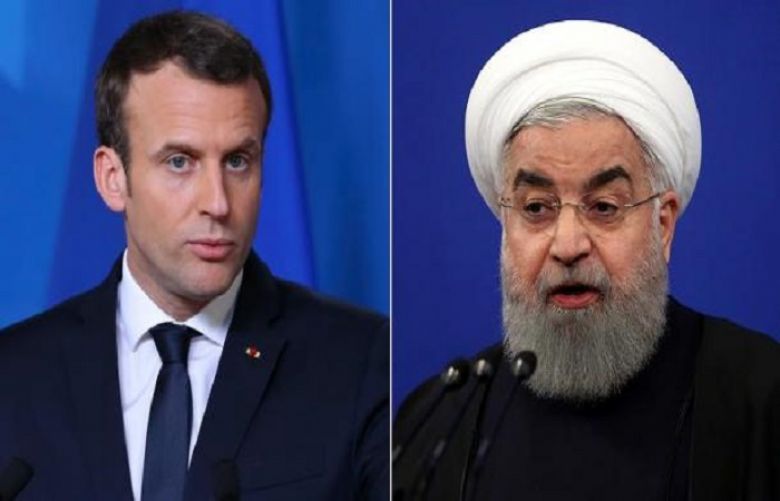 Iranian President Hassan Rouhani has said that US sanctions on Iran represent a form of terrorism while calling on Europe to act to save a nuclear deal with Iran that has suffered as a result of Washington’s withdrawal.

Speaking on phone to French President Emmanuel Macron on Saturday, Rouhani said the United States had launched an all-out economic war on Iran by imposing rafts of sanctions on the country.

“The continuation of this economic war could lead to other threats in the region and in the world,” Rouhani told Macron in remarks covered by the official IRNA news agency.

The Iranian president said that Tehran has tried to save a 2015 nuclear deal with major global powers through its “strategic patience” despite all sanctions and pressures that have been in place since US President Donald Trump withdrew from the agreement in May last year.

Rouhani told Macron, whose country is a party to the Joint Comprehensive Plan of Action (JCPOA), that there was a need for the European Union to observe its responsibilities vis-à-vis international agreements and to act to protect the JCPOA.

He endorsed an assertion by Macron that a full stop to all sanctions could trigger a new start in ties between Iran and the signatories to the JCPOA, which also include Russia, China, Britain and Germany.

For his part, Macron said during the phone call that he has strongly opposed Washington’s unilateral withdrawal from the JCPOA since it took place last year.

"The President of the Republic has agreed with his Iranian counterpart to explore by July 15 conditions to resume dialogue between the parties," Macron's office said in a statement.

The statement added Macron will keep on talking with Iranian authorities and other involved parties to "engage in a de-escalation of tensions related to Iranian nuclear issue."

He said the EU continued to support efforts to save the JCPOA although admitting that measures adopted by the bloc to offset the impacts of US sanctions on Iran have not been enough.

Macron said France was ready to broker a “ceasefire” in the economic war involving Iran and the US.