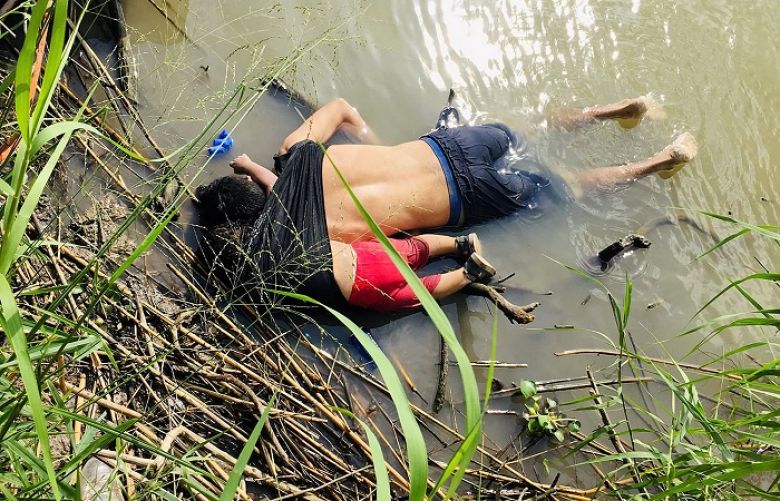 Reuters The bodies of Salvadorian migrant Oscar Alberto Martinez Ramirez and his daughter Valeria are seen after they drowned in the Rio Bravo river.

A photo of a man and his young daughter who drowned on the US-Mexico border symbolizes the failure to deal with their desperation, the UN refugee agency said on Wednesday.

“UNHCR, the U.N. Refugee Agency, is deeply shocked to see the heart-breaking photo of the drowned bodies of Oscar Alberto Martinez Ramirez and his 23-month-old daughter Valeria from El Salvador washed up on the banks of the Rio Grande,” it said in a statement.

The photo, widely shared on social media, shows the pair face down in the reeds by the river bank. He had apparently stretched his T-shirt over her to form a makeshift baby sling, and their heads are nestled together. Her red shorts bulge with a water-logged diaper.

UN High Commissioner for Refugees, Filippo Grandi, said they had risked their lives because they could not get the protection they were entitled to under international law.

“The deaths of Oscar and Valeria represent a failure to address the violence and desperation pushing people to take journeys of danger for the prospect of a life in safety and dignity,” he said in the statement.

UNHCR compared it with the iconic photograph of a Syrian refugee toddler, Alan Kurdi, washed up on the shores of the Mediterranean in 2015.

Kurdi was part of a Syrian refugee wave that caused panic in Europe, prompting Turkey to effectively shut down the migrant route through Greece at the European Union’s behest.

Since then, many countries have erected barriers to migrants and some, like the European Union and the US, have pressured their neighbours to cut the numbers of people trying to make the journey.

US President Donald Trump threatened Mexico with trade tariffs until it agreed to help cut migrant numbers, amid a surge that has overwhelmed US border facilities, with immigration lawyers citing children being held for weeks without adequate food or hygiene.