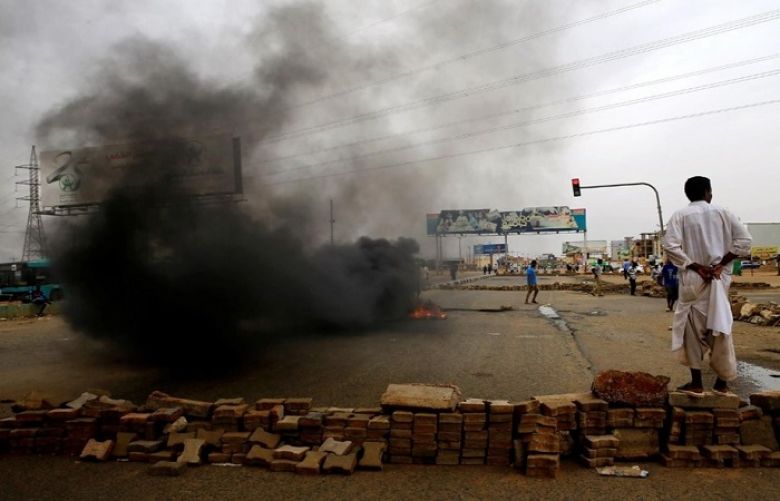 Four people were killed in Sudan on Sunday as protesters launched a civil disobedience campaign against the military after a bloody crackdown on a sit-in demonstration calling for civilian rule.

The campaign got underway nearly a week after the assault on demonstrators at the sit-in outside army headquarters in central Khartoum, which followed talks breaking down between protest leaders and military rulers over who should lead a new governing body — a civilian or soldier.

Following the call for the campaign of civil disobedience, protesters set about building roadblocks in Khartoum while markets and shops were closed in several other towns and cities.

A doctors committee linked to the demonstrators said two people were killed on Sunday in unrest that rocked Khartoum and two others in its twin city of Omdurman.

The Central Committee for Sudanese Doctors blamed forces of the ruling military council and paramilitary “militias” for the four deaths, which it said took the overall toll to 118 since the June 3 crackdown to disperse the sit-in.

The health ministry says 61 people died nationwide in Monday’s crackdown, 49 of them by “live ammunition” in Khartoum.

In the capital’s northern Bahari district, people gathered tyres, tree trunks and rocks to build new roadblocks as the campaign began on Sunday.

But riot police swiftly moved in, firing gunshots in the air and tear gas at demonstrators before clearing the makeshift barriers, a witness said.

The Sudanese Profes­sionals Association, which first launched protests against longtime ruler Omar al-Bashir in December, said the campaign of civil disobedience would continue until the military rulers transfer power to a civilian government.

Several protesters said they faced difficulties but were still backing the campaign. “The roadblocks prevented me from reaching the market to buy vegetables,” said Hassan Abdelrahim, a vegetable vendor. “This will impact my income, but when I look at these youngsters who are on the streets since six months, I’m not angry even if I lose my income.”

Khartoum residents have mostly remained indoors since Monday, when men in military fatigues raided the protest camp. Several airlines have scrapped their Sudan flights since the deadly raid and passengers were left waiting outside Khartoum airport’s departures terminal on Sunday.

The downtown business district was largely shut and buses were not running in several areas, but private vehicles were ferrying passengers in some locations.