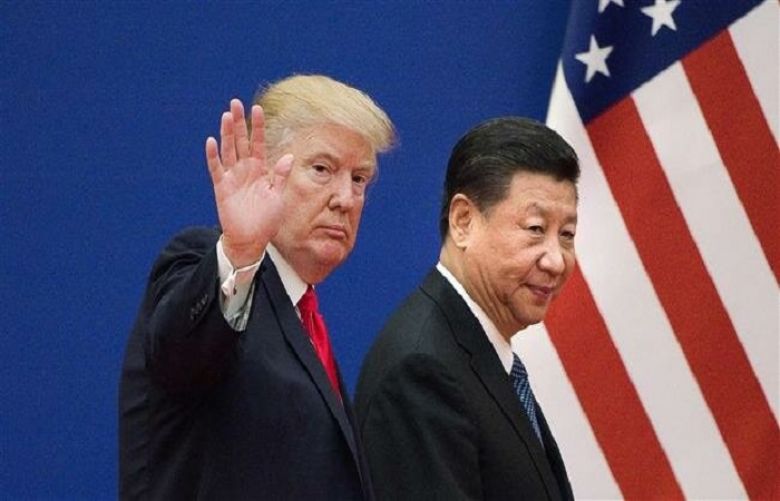 Iran's Foreign Ministry spokesman says the US trade war against China is a result of Washington’s bullying attitude, adding that this is a form of “economic terrorism,” which the United States has likewise waged against the Islamic Republic.

Abbas Moussavi made the remarks on Monday when asked about the ongoing trade war between the United States and China.

“The United States treats China through a bullying approach and is trying to superimpose political considerations on economic realities. The Islamic Republic of Iran believes that this issue is a form of economic terrorism and must be condemned,” he said.

Ties between China and the United States come under increasing strain due to a bitter trade war. Tensions have further risen over the sailing of American warships and warplanes near a chain of islands in the South China Sea which Beijing claims as its own territory.

US President Donald Trump initiated the trade war with China last year, when he first imposed unusually heavy tariffs on imports from the country. Since then, the world’s two largest economies have exchanged tariffs on more than $360 billion in two-way trade.

The two sides have held talks to settle the issue, but all to no avail so far. Their latest round of trade negotiations ended last month without conclusion, with Trump accusing Beijing that it had “reneged” on its previous promises to make structural changes to its economic practices.

They have yet to set a date to resume the talks, with the US president announcing an increase of tariffs from 10 percent to 25 percent on $200 billion worth of Chinese imports and Beijing hiking its own tariffs on $60 billion worth of American products.

China strongly opposes the US tariff hikes, saying they are harmful not only to China and the US, but to the whole world. Washington, for its part, says a primary goal of the aggressive tariff strategy is to decrease the trade imbalance with China, which totaled $379 billion in 2018.

Chinese Vice Commerce Minister Wang Shouwen, who has been part of China’s negotiating team, said on Sunday that the United States cannot use pressure to force a trade deal with China, as Beijing warns that while it seeks resolution to the persisting Sino-US trade war through talks, there will be no compromise on core principles.

“If the US side wants to use extreme pressure, to escalate the trade friction, to force China to submit and make concessions, this is absolutely impossible,” he said.

Elsewhere in his remarks, the Iranian Foreign Ministry spokesperson said the approach adopted by the Trump administration only creates tension and crisis, adding that it has not only led to Washington’s “irresponsible withdrawal from international agreements like the nuclear deal between Iran and the P5+1 group, and the re-imposition of illegal and unilateral sanctions on nations, but has been also witnessed in the trade war against China.”

In May 2018, Trump withdrew Washington from the nuclear accord, officially known as the Joint Comprehensive Plan of Action (JCPOA), and decided to re-impose unilateral sanctions against Tehran.

Under the JCPOA, reached in July 2015 between Iran and the P5+1 group of countries -- the United States, Britain, France, Russia and China plus Germany, Iran undertook to put limits on its nuclear program in exchange for the removal of nuclear-related sanctions.

Moussavi also emphasized, “The trade war between China and the US during past months is one of the most important international challenges with far-reaching reverberations, which go beyond bilateral ties between these two countries and can harm the development and prosperity of the entire world.”

According to statistics and analyses, the US administration's approach, which has led to the ongoing trade war with China, can reduce up to 600 billion dollars from the world's gross domestic product within the next two years, the Iranian diplomat said.

"This means the spread of poverty and the decline of welfare and living standards across the world,” he emphasized.

The Iranian spokesman advised the US administration to make a "serious revision to its approach to international trends and the way it faces realities such as the rising to eminence of other power players and the relative decline of US power in the world."

"We believe that the US attempt to maintain [its] previous [global] standing through imposing unusual costs on others is doomed to failure and is not consistent with the ongoing rapid developments and the international pyramid of power,” Moussavi pointed out.