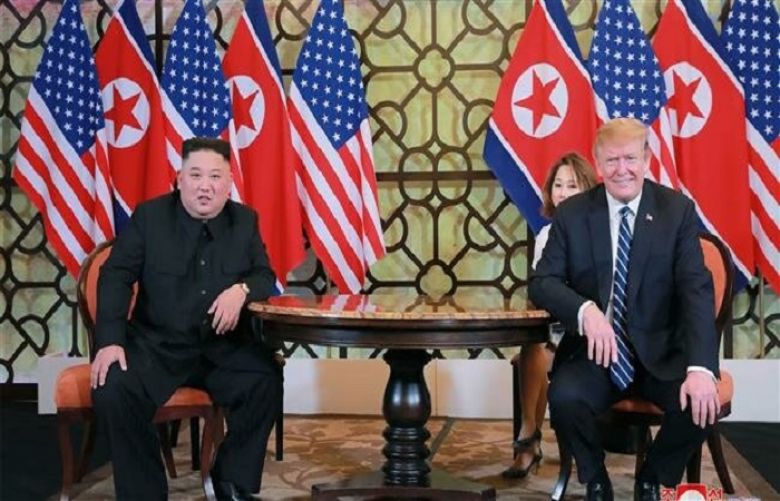 North Korea says it is halting its negotiations with the United States over its nuclear and missile programs until Washington changes its zero-sum approach toward Pyongyang.

In a statement carried by the official KCNA news agency on Friday, a spokesman for North Korea’s Foreign Ministry referred to the failure of the second summit between North Korean leader Kim Jong-un and US President Donald Trump, in the Vietnamese capital in February, and said that failure was the result of America’s “arbitrary and dishonest position.”

Trump claimed he had “walked away” from the summit in Hanoi because Kim had insisted on the removal of all sanctions on North Korea at once. But Pyongyang rejected that account, stressing that it had only asked for a partial lifting of the bans in return for a set of steps that it was willing to take.

The unnamed North Korean spokesman said that the US had insisted on “a method which is totally impossible to fulfill.”

“Unless the United States puts aside the current method of calculation and comes forward with a new method of calculation, the DPRK-US dialog will never be resumed, and by extension, the prospect for resolving the nuclear issue will be much gloomy,” the North Korean official said.

The official said his country would adopt a stronger approach if the US aggravated its hostilities. “The United States would not be able to move us even an inch with the current method it has in mind, and if its mistrust and hostile acts toward North Korea grow, the fiercer our reaction will be.”

On May 9, the US said it had seized a North Korean cargo ship for allegedly violating sanctions on Pyongyang, taking the tensions with North Korea to a higher level. North Korea called that seizure “robbery” and demanded that the ship be immediately released.

The US and North Korea had been negotiating since last year, when a rapprochement between North and South Koreas later led to a diplomatic opening between Pyongyang and Washington.

But the talks had effectively stalled in recent months, and the Friday North Korean pronouncement made any resumption of the talks seem impossible.

Washington has imposed rounds of unilateral sanctions and spearheaded multilateral ones against Pyongyang since 2006 over its nuclear and missile programs. The bans have mostly targeted Pyongyang’s exports, including coal, iron, lead, textiles, and seafood, while also hindering the imports of crude oil and refined petroleum products.

Soon after the diplomatic engagement with the South, North Korea took a number of unilateral goodwill measures, including suspending all nuclear and missile testing.

None of those measures were reciprocated by America.