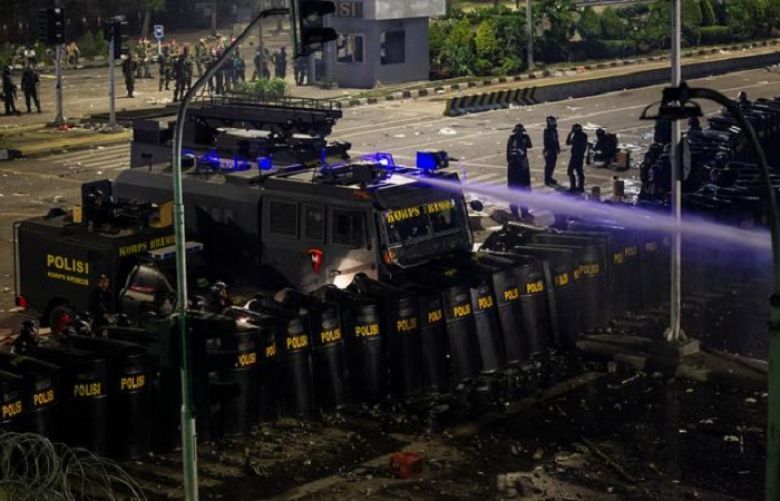 Calm returned to the streets of the Indonesian capital on Thursday after a second night of clashes between security forces and protesters angry about the outcome of last month’s election, which handed President Joko Widodo a second term.

The unrest followed Tuesday’s announcement by the General Election Commission confirming that Widodo had beaten his challenger, former general Prabowo Subianto, in the April 17 poll.

Jakarta Governor Anies Baswedan said the dead included three teenagers, and 737 people were injured in the rioting, mostly in the central neighborhood of Tanah Abang.

But the ranks of protesters thinned over Wednesday night and police spokesman Dedi Praseyto said the last dispersed by 7 a.m.

Roads quiet on Wednesday as office workers stayed away from the city center were busy with traffic again on Thursday. City workers in orange overalls swept up debris.

Widodo won more than 85 million of the 154 million votes cast but Prabowo has alleged “massive cheating and irregularities” and refused to concede defeat.

The election agency has said there was no evidence of systematic cheating and independent observers have said the poll was free and fair.

Elsewhere, a mob burnt a police station on Madura island, northeast of the main island of Java, while two police posts were set ablaze in Pontianak on Borneo island, media said.

Financial markets were firmer on Thursday with the rupiah up 0.5% and the main stock index up 1.6%.

Taye Shim, director of capital markets at Mirae Asset Securities Indonesia, said he did not see the demonstrations as a serious threat to Indonesia’s stability.

“While upset supporters might demonstrate their disagreement with the official election results, we don’t think it would be a serious threat to Indonesia’s democracy,” he told Reuters.

Police said the number of arrests over the riots reached 300.

“They intended to carry out jihad during May 21 and 22 protests,” Iqbal said.

On Wednesday he said officers had found some of the people they searched were carrying envelopes containing money, suggesting instigators behind the trouble.

“This is not a spontaneous incident, this is something by design,” he told reporters. “There are indications that the mobs are paid and bent on causing chaos.”

In a video on his Twitter account late on Wednesday, Prabowo urged his supporters to disperse peacefully.

“I beg you to return to your homes to rest, avoid any actions that would break the law,” he said.

Prabowo’s political party, Gerindra, complained that the authorities were trying to pin the blame for the riots on him.

Gerindra spokesman Andre Rosiade said a lawsuit would be filed at the Constitutional Court on Friday over the election result, which gave Widodo a 55.5% share of votes against 44.5% for his challenger.

Prabowo lost the 2014 presidential election to Widodo by a slimmer margin and had objected to that result, lodging a complaint with the Constitutional Court that was rejected.

Analysts say Widodo’s double-digit victory margin deprives the opposition of a strong case to claim rigging but it may be able to count on agitation by a strong contingent of Islamist supporters.

The government boosted the numbers of security forces to 58,000 across Jakarta and put temporary blocks on some social media to prevent unrest sparked by fake news.

Police paraded suspects in orange jumpsuits besides displaying weapons and cash at a news conference.

Police chief Tito Karnavian showed reporters a sniper rifle and two pistols he said had been seized days before the rioting.

“There is an effort to provoke, to create martyrs, blame the authorities and invoke public anger,” he said.