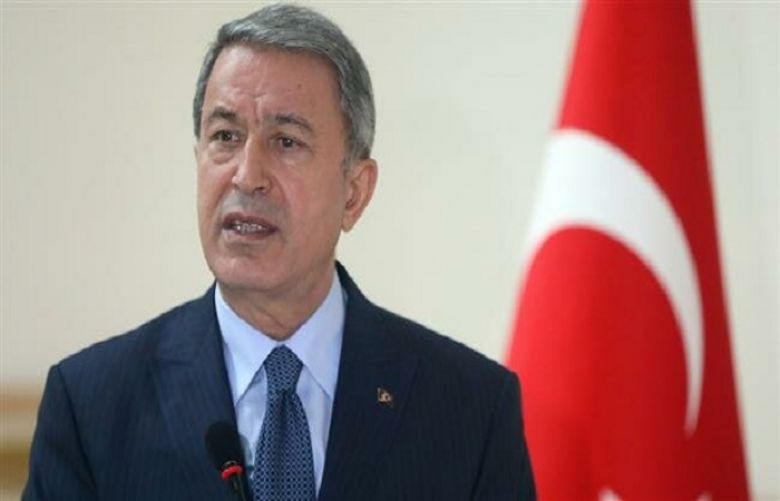 Turkish Defense Minister Hulusi Akar says his country is preparing for potential American sanctions as a deadline reportedly set by the US for Ankara to cancel an arms deal with Russia or face penalties draws near.

Akar made the remarks late on Tuesday after the US State Department reportedly gave Turkey until the end of the first week of June to scrap its purchase of the Russian S-400 missile defense systems or face consequences.

Citing multiple people familiar with the matter, CNBC reported that if Turkey receives the S-400s next month, the country will be ousted from Lockheed Martin’s F-35 program, will not receive 100 of the stealth fighter jets it has ordered and will face US sanctions as well as a potential blowback from NATO.

Turkey has signed a 2.5-billion-dollar deal with Russia for the purchase of S-400 system. It has, at the same time, ordered 30 F-35s and plans to buy over 100 in total. The US has claimed that the Russian defense system is not interoperable with NATO equipment. It has urged Turkey to purchase Raytheon Co Patriot missile systems instead of the S-400s.

Akar said that although there was “a general easing and rapprochement” in talks with Washington over the purchase the F-35 and Patriots, Turkey was preparing for potential US sanctions regarding the S-400 deal.

“We are doing whatever normal bilateral agreements mandate. Though there are some issues from time to time, we are pleased that there has been no sharp turn until now...Turkey is also making preparations for the potential implementation of CAATSA sanctions,” he said, referring to the Countering America’s Adversaries Through Sanctions Act.

The Turkish defense minister also stressed that his country was fulfilling its responsibilities in the F-35 project and expected the program to continue as planned.

He further said that buying the S-400 was only meant to meet Turkey’s defense needs and posed no threats, adding that linking the purchase of the Russian system with that of the F-35 is “another hurdle.”

“There is no clause anywhere in the F-35 agreement saying one will be excluded from the partnership for buying S-400s,” he said. “Turkey has paid $1.2 billion. We also produced the parts ordered from us on time. What more can we do as a partner?”

Last month, the Pentagon has halted the delivery of equipment related to the F-35 to Turkey.

Ankara has long argued that Turkey, as a sovereign state, is entitled to choose its trade partners and arms supplier free from foreign intervention.