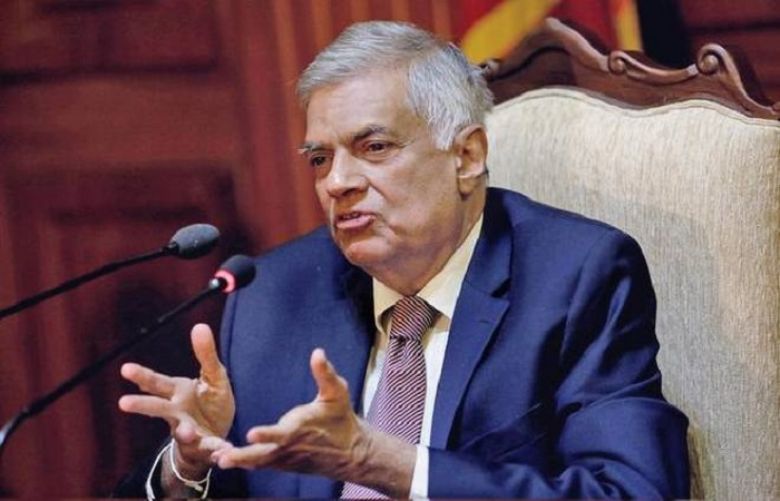 Sri Lankan Prime Minister Ranil Wickremesinghe has said if necessary, his country will seek Pakistan’s help in tracing and eliminating the terrorists behind the Easter Sunday bombings.

“Pakistan has fully supported Sri Lanka’s war on terror. If necessary, we will seek their help to trace the terrorists and eliminate them. I see this tragic event as further strengthening the trust that exists between our countries and increasing cooperation,” Prime Minister Ranil Wickremesinghe said in an interview to Hindustan Times.

Sri Lankan officials on Friday revised the death toll from the Easter Sunday bombings. The new official figure was 253, down from an earlier 359, Deputy Defence Minister Ruwan Wijewardene said. He blamed inaccurate data provided by morgues for the discrepancy.

Daesh has claimed responsibility for the attack, with the Sri Lankan government stating there were nine suicide bombers, eight of whom have been identified. Authorities have focused their investigations on international links to two domestic groups — National Thawheed Jama’ut and Jammiyathul Millathu Ibrahim — they believe carried out the attacks.

Sri Lankan Prime Minister Ranil Wickremesinghe said the possibility of foreign links was being investigated, however, there was no evidence yet to suggest any particular country had backed the terrorists. “Our intelligence has worked with their counterparts abroad. But this is the first time that global terrorism has struck Sri Lanka. This is a new experience for us and we will work with our international allies to apprehend all the perpetrators,” he said.

Prime Minister Imran Khan told his Sri Lankan counterpart that terrorism knows no boundaries, no religion and threatens the peace of the entire region and world.