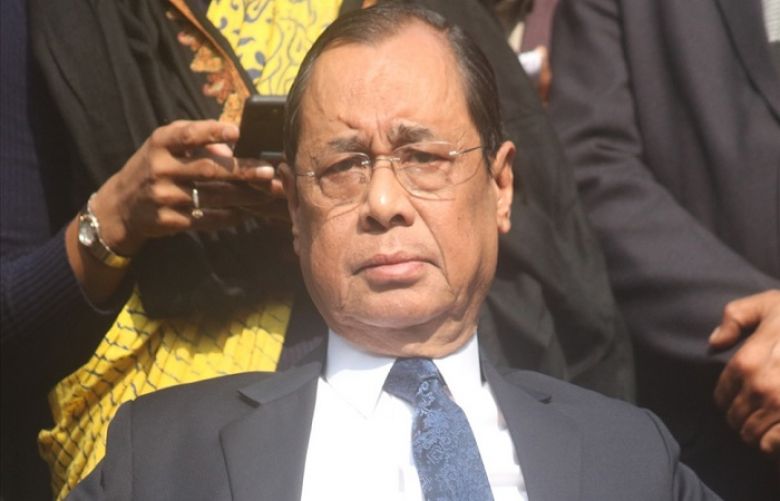 A former female staff member of the Supreme Court of India has accused Chief Justice Ranjan Gogoi of sexual harassment and terminating her when she refused his advances, Scroll reported.

The 35-year-old woman who used to work as a junior court assistant at the Supreme Court of India wrote to 22 judges of the court on Friday alleging that Gogoi had made sexual advances on her at his residence office on October 10 and 11, 2018, the report stated.

In the affidavit, the woman said after she refused the advances of the chief justice of India, she was moved out of his residence office where she had been posted in August 2018. Two months later, on December 21, she was dismissed from service, the report added.

Her husband and one brother-in-law, both of whom are head constables in Delhi Police, were suspended on December 28, 2018, for a criminal case involving a colony dispute dating back to 2012 that had been mutually resolved, the report further said. The report further stated that the former junior court assistant alleged in the sworn affidavit that another brother-in-law was terminated from his position as a junior court attendant — a job that Gogoi allegedly granted using his discretionary powers.

Following the reports, a special bench of the Supreme Court of India was constituted to dismiss the allegations as baseless, according to HuffPo India.

“Independence of judiciary is under very very serious threat. I had to tell this from the judicial seat,” Chief Justice Gogoi said in remarks reported by legal news service Bar & Bench. Gogoi described the allegations as “unbelievable”.

Further, the secretary general of the Supreme Court of India denied the allegations in an email to Scroll and termed them “completely and absolutely false and scurrilous”.

“Its is also very possible that there are mischevious forces behind all this, with an intention to malign the institution,” the email said.

The secretary general said the woman was employed at Gogoi’s residence office for a short duration as a matter of routine, and was dismissed from service as per procedure. According to the response, the woman’s brother-in-law was dismissed because his “performance and conduct were not found to be satisfactory”.

Gogoi was sworn in as the 46th Chief Justice of India on October 2018.