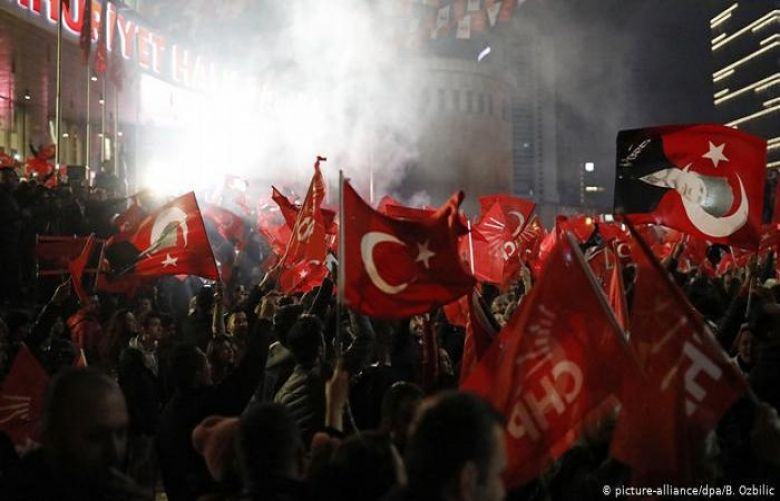 With the rule of Turkey's biggest city at stake, the ruling AKP party called on the country's top electoral board Sunday to recount all votes cast in Istanbul.

The current tally of the March 31 vote puts opposition candidate Ekrem Imamoglu ahead of the AKP's Binali Yildirim in the race for the mayoral position. The race, however, remains very close: Imamoglu claimed 48.79 percent support to Yildrim's 48.51 percent. The AKP has already triggered recounts in several of Istanbul's 39 districts, but the main opposition Republican People's Party (CHP) said that their candidate, Imamoglu, was keeping his lead as the challenges went on.

On Sunday, AKP deputy chairman Ail Ihsan Yavuz said his party was trying to "eliminate numerical mistakes." "But it's not over," he told reporters.

The AKP also called for partial recounts in the capital Ankara, despite apparently losing to CHP with a bigger margin than in Istanbul.

Losing the position of mayor of Istanbul, a city of 15 million people, which serves as the economic and cultural hub of the country, would mark a heavy blow for the ruling party and its leader, President Recep Tayyip Erdogan. The Turkish strongman was born in Istanbul and had served as the city's mayor before entering nation-wide politics.

The AKP's demand for a full recount in Istanbul comes only a day after a party spokesman pledged they would accept the outcome regardless of the result.

"At the end of the day, we will accept the final result regardless of whether it is to our advantage or disadvantage," AKP spokesman Omer Celik told foreign reporters in Istanbul.

The nationalist AKP has been in power in Turkey since 2002. While it claimed more votes than any opposition party in the recent polls, its performance fell short in large urban centers. Many observers interpret the results as a sign of weakening support for President Erdogan, following a year of economic crisis and inflation.