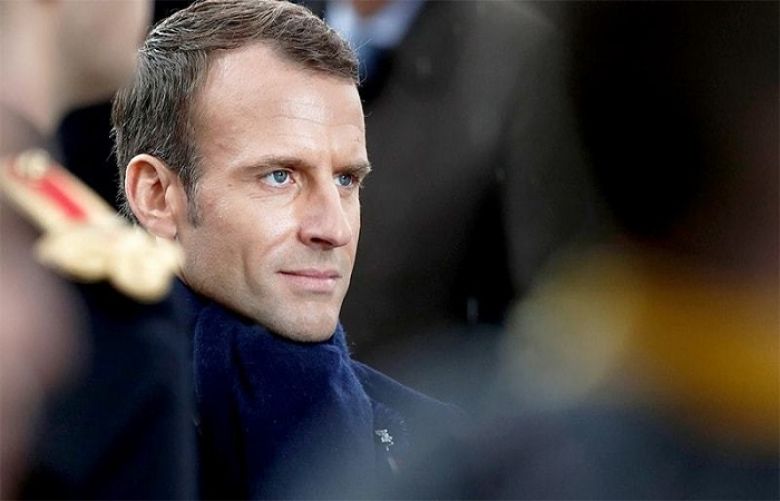 France opposes giving Britain an additional extension to its exit from the European Union unless it produces a “clear” plan with “credible political backing", the country's European Affairs Minister said on Friday.

In a statement sent to AFP, Amelie de Montchalin said President Emmanuel Macron's government had “read with interest” British Prime Minister Theresa May's letter to the EU asking for an extension until June 30.

“As the Prime Minister rightly wrote, the current impasse is not in the best interest of neither the UK nor the EU. It cannot be allowed to continue,” Montchalin said.

But EU leaders had taken a “clear decision” at their last summit on March 21, she said.

“Another extension requires that the UK puts forward a plan with a clear and credible political backing,” she said. “The European Council would then have to define the necessary conditions attached to this extension.

“In the absence of such a plan, we would have to acknowledge that the UK chose to leave the EU in a disorderly manner.”

An official in the French presidency said earlier that Macron, who has taken a stern line on the conditions for any further Brexit delay, was “waiting for a credible plan between now and the [EU] summit on April 10, when we will study the request".

"A delay is a tool, but not a solution in itself," the source said.

The EU has already agreed to move back the original March 29 deadline to April 12 to give May more time to win backing from MPs for the deal she negotiated with the EU, which they have rejected three times.

In her letter seeking a second extension, May told EU Council president Donald Tusk she wanted to ensure her country left the bloc in an “orderly way”, as she fights to find a deal that parliament can get behind.

Earlier on Friday, an EU official said Tusk would suggest to member states that they offer Britain a flexible 12-month delay to Brexit, removing some of the pressure on May to ram through a deal by next Wednesday's summit meeting. But a French diplomatic source appeared to pour cold water on that idea as well, calling “the rumours about such an extension a clumsy trial balloon".

A source in the presidency said earlier this week that France wanted at all costs to avoid an EU summit “where the prime minister (May) arrives saying 'Everything is still blocked, things will be a lot clearer in a month or two or three, give us more time'.”

“That cannot happen,” the source said.

Speaking during a visit to Paris on Tuesday by Irish Prime Minister Leo Varadkar, a gloomy-sounding Macron warned: "The EU cannot be held hostage on a long-term basis to the resolution of a political crisis in the United Kingdom."