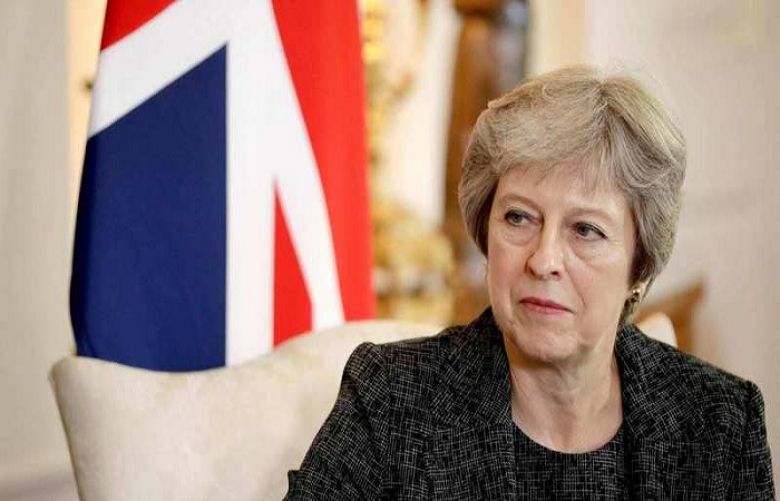 United Kingdom Prime Minister Theresa May asked the European Union on Friday to delay Britain's departure until June 30 while the bloc itself suggested that it might be best to postpone the split for up to a year.

The competing visions of how to unwind Britain's 46-year involvement in the European project will be hashed out again at a summit in Brussels on Wednesday — a clash analysts said May is likely to lose.

The current Brexit deadline of April 12 has already been pushed back once from March 29 because of the UK parliament's failure on three occasions to back the deal May signed with the other 27 EU leaders in December.

May's formal request to EU Council president Donald Tusk said Britain proposes that the delay "should end on June 30 2019" — the same date she asked for at the last EU summit last month.

"If the parties are able to ratify before this date, the government proposes that the period should be terminated earlier," May wrote in a letter released by Downing Street.

A senior EU official said that Tusk's own idea to offer Britain a "flexible" 12-month extension "will be presented to member states today".

May's letter noted that Britain would start preparing for European Parliament elections in case it is still a member of the bloc when they begin on May 23.

The idea is deeply unpopular with Britons who voted to quit the EU and chart their own future in a 2016 referendum whose arguments are still being waged to this day.

May's letter called leaving with a deal "the best outcome".

She is currently racing against the clock in a desperate bid to get her proposals approved in time for the Brussels summit so that Britain can avoid taking part in the European vote.

The other 27 EU nations must give unanimous backing to any deadline extension.

European leaders, such as French President Emmanuel Macron, have said they want to hear a clear reason as to why Brexit should be delayed any further — a move that would add to uncertainties weighing on business across the bloc.

Macron's office said Friday that it was "premature" to consider another delay.

The government's team is currently negotiating with leaders from Britain's main opposition Labour Party in a bid to find a compromise solution to London's political stalemate.

The talks so far have failed to clinch a breakthrough.

May said that her failure to agree a way forward with Labour would likely see the two parties jointly come up with several options "on the future relationship [with the EU] to be put to [parliament] for a series of votes".

Labour is pushing May to accept a much closer post-Brexit alliance with the bloc that includes its participation in a customs union.

May had previously dismissed the idea because it would bar Britain from striking its own trade deals with global giants such as China and the United States.

Labour itself is split on whether to also push for a second Brexit referendum that would see any final deal put up for a public vote which would include staying in the European Union as an option.

Political analysts in London said May probably knows that her new deadline will be rejected because EU leaders do not think she can get her deal through parliament any time soon.

May is under intense pressure from the eurosceptic wing of her Conservative Party to pull Britain out of the bloc as soon as possible — with or without a deal.

"I think that Theresa May is looking for political cover because she is asking for an extension she knows she can't get, so that the EU can force her to do something else so that at least she won't get accused of selling out," said King's College European politics professor Anand Menon.

"They've made the calculation that it's better to ask and be told 'no' than to ask for something that annoys the party."

The first response from leading Conservative eurosceptics to the idea of a prolonged postponement was highly critical.

"If a long extension leaves us stuck in the EU we should be as difficult as possible," Conservative MP Jacob Rees-Mogg tweeted.