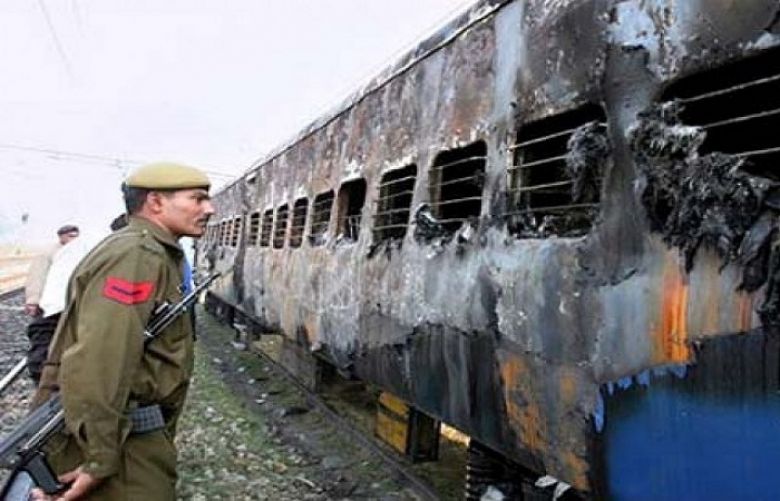 However, Rahila Wakil hasn’t been given a visa till to date by the Indian government.

Earlier on March 12, in a new twist to the 2007 Samjhauta Train Blast case – the final verdict of which will be announced today (Thursday) – a Pakistan national Rahila Wakil moved an application through an Indian advocate and requested the Pakistan based eyewitnesses and witnesses be summoned to depose before the court.

She has also come up with the claim that her father did not die and he is still alive.

The applicant who hails from Dhingrawali village under Hafizabad district in the Punjab province of Pakistan claimed her father Mohammad Wakil died in the train blast that had left 68 dead.

Rahila Wakil also claimed that the Pakistan based eyewitnesses were not issued summons and they were willing to appear before the court. She also said the eyewitnesses had ‘no knowledge’ about the developments in the case.

“The case was fixed for final judgment today. Some lawyer appeared on behalf of a lady and filed an application under section 311 of CRPC and has requested that some witnesses were examined who were acquainted with the facts of the case.

The court asked him why the witnesses were not summoned before, particularly when summoned were served through the embassy of Pakistan no reply was filed. Whether they were coming or not.

Now on March 14 after receiving replies from all the concerned parties, arguments would take place on that application… whether it will be allowed or dismissed. In case it is dismissed, a verdict can come on March 14. In case this application is accepted more witnesses will be summoned,” SC Sharma, Aseemanand’s advocate, said.