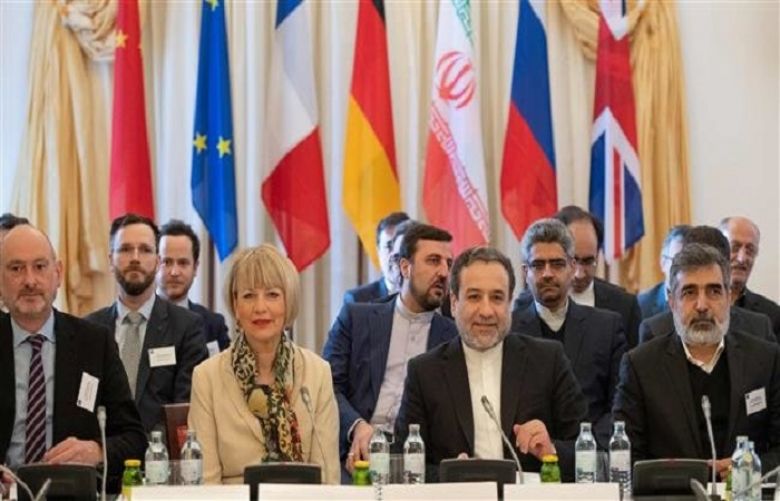 Iran says the remaining signatories of the 2015 nuclear deal have reaffirmed their “strong support” for the Islamic Republic despite the United States' decision to unilaterally leave the agreement last year.

Abbas Araghchi, Iran's deputy foreign minister, said Wednesday that Russia, China, Britain, France and Germany had “acknowledged that the deal can only survive if Iran can receive the benefits of the deal,” and remain committed to keeping it in effect.

Araghchi made the remarks in Vienna, the Austrian capital, after a high-stakes meeting with representatives from the remaining signatories to the landmark deal, known as the Joint Commission of the Joint Comprehensive Plan of Action, or the JCPOA.

Under the deal, Iran agreed to limit certain parts of its nuclear energy in exchange for the removal of all nuclear-related sanctions.

However, US President Donald Trump announced May last year that he would re-impose all the sanctions and punish countries who traded with Iran.

Russia and China reacted to Trump's move by reassuring Tehran that they would stick to their commitments.

The remaining three European signatories also promised to come up with a mechanism that would secure trade with Tehran and guarantee Iranian and European companies would stay out of harm's way.

Araqchi praised the Europeans’ establishment of INSTEX, a barter-type system that is supposed to help businesses on both sides perform direct transactions and evade possible US penalties.

Russia’s Permanent Representative to the Vienna-based international organizations Mikhail Ulyanov said Tuesday that the JCPOA and its supporting UN Security Council resolution were aimed at boosting economic and trade ties with Tehran.

"We call on all countries committed to the UN Charter to bear in mind that, according to Resolution 2231, the JCPOA is aimed at boosting economic and trade ties and cooperation with Iran," Ulyanov said.

The Russian envoy said Moscow was confident that the ongoing efforts would help resolve the current challenges.

"The need to restore the balance of interests enshrined in the JCPOA is obvious. Russia will continue to work together with its JCPOA partners and other interested countries," Ulyanov added.