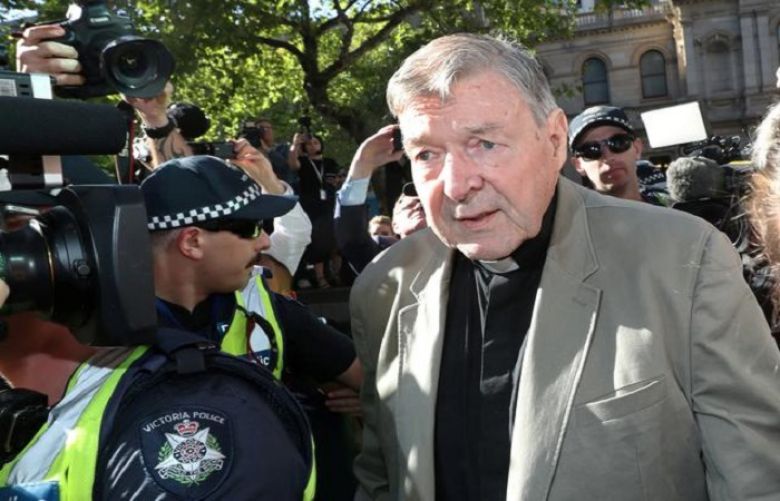 Australia’s Cardinal George Pell, in jail awaiting sentencing on five child sex offences, is being sued in the Supreme Court of Victoria for another alleged child abuse offense.

A civil claim was filed late on Wednesday against Pell, the state of Victoria, the trustees of the Sisters of Nazareth, and Child and Family Services Ballarat, the Supreme Court of Victoria said on Thursday.

The claimant cannot be named for legal reasons and the court did not make the claim public.

Pell’s spokeswoman said he had no comment on the claim.

Media reports earlier in the week said the lawsuit was being filed by a man who had been set to testify in a second child abuse trial against Pell, which was dropped when the prosecutor withdrew the charges last month.

The Age newspaper said the man was seeking damages for psychiatric injury, loss of wages and medical expenses as a result of the alleged offense in the late 1970s.

He was a ward of the state at the St Joseph’s Boys Home in Ballarat at the time of the alleged incident. The home was run by the female Catholic order, the Sisters of Nazareth.

His lawyer did not return telephone calls or emails from Reuters asking for comment.

Pell is the most senior Catholic priest to have been convicted on child sex offences. He is due to be sentenced on March 13 on four charges of indecent acts involving two 13-year-old boys and one charge of sexual assault on one of the boys. Each charge faces a maximum of 10 years in jail.

Pell has maintained his innocence on all the charges and is seeking to appeal his conviction. A hearing on the application to appeal has been set for June 5 and 6.

Victoria state’s attorney-general’s office, the Trustees of the Sisters of Nazareth, and Child and Family Services Ballarat were not immediately available for comment.