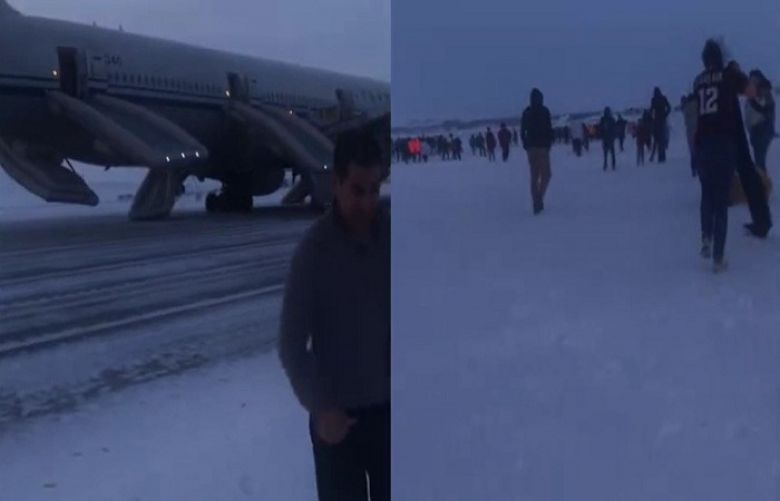 Air China passengers recently experienced an unexpected stopover on their way from Beijing to Los Angeles with an emergency landing at an airport in far-eastern Russia after the fire alarm went off in their plane’s cargo hold.

Fortunately, there was not any fire. Still, that didn’t make things any less tense for those on board who were hurried off the plane by frantic flight attendants and inflatable slides which landed them roughly upon the sub-arctic tarmac.

188 passengers fled the plane at Anadyr airport, located in Russia’s easternmost region, amid strong winds and freezing temperatures. One passenger told reporters that he believed the plane was about to blow up.

Instead, Air China said that it found no problem in the plane’s cargo hold, chalking the alarm down to a malfunction of some kind.

When flying into or out of China, there’s always a small chance that you’ll end up in a remote part of Russia. Back in November, an Air France plane headed for Shanghai was forced to make an emergency landing in Siberia after the aircraft filled with smoke. Passengers were then stuck there for three days after yet another plane arrived to pick them up, but was instead grounded due to a technical issue.