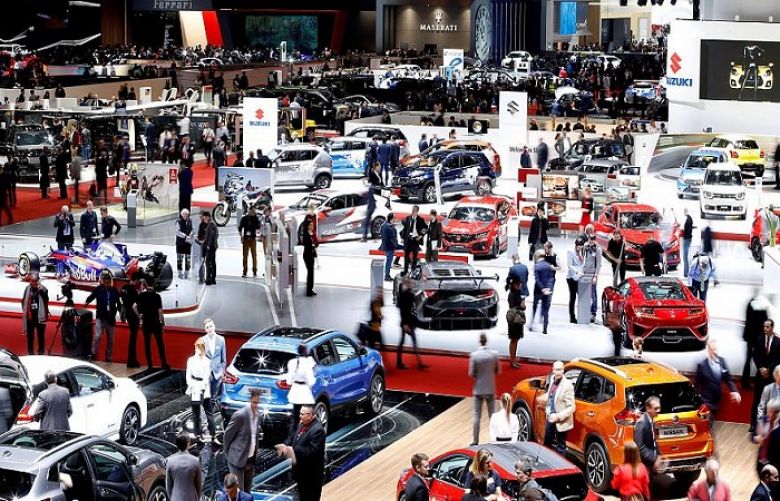 In case you were wondering how to make an appearance in Switzerland, we'd like to refer you to French hypercar manufacturer, Bugatti.

The automaker brought its latest creation from Molsheim to the 2019 Geneva International Motor Show: a bespoke, one-off grand tourer it calls La Voiture Noire. With gobs of horsepower and a stunning all-black design, the Voiture Noire serves as an icon for the Bugatti brand, raking in the most money Bugatti, or anyone else for that matter, has ever charged for a brand-new car.

In French it simply means "The Black Car," an ominous name which will grow to be ubiquitous in its infamy as time slowly ticks past this moment. Bugatti says that the Voiture Noire is a tribute to the original Bugatti Atlantic, a coach-built car built on Bugatti's Type 57SC platform between 1936 and 1938. Bugatti made four examples of the Atlantic, however, one went missing in transit and has never been found, leading Bugatti down a path to create a suitable replacement.

Unlike most automakers debuting something new at Geneva today, Bugatti didn't embrace electrification for this build. In fact, it did the opposite by ripping open the car's chest and stuffing a fuel-guzzling 16-cylinder engine in place of its heart that gulps a gallon of gas every 10.5 miles. If this engine configuration sounds familiar, it isn't deja vu. The quad-turbo setup is the very same engine found in the Chiron and even produces the same power output: 1,479 horsepower and 1,180 pound-feet of torque.

While nothing in the power plant department might be new, the design certainly is. Being a one-off car, everything from tip to tail is completely custom and the overall shape screams traditional Bugatti. It's wide hips and flowing rear C-pillar are the staple of the brand's identity, accented by aerodynamic arches and an aggressive front end, complete with the horseshoe center grille.

A raised centerline stands out on the Voiture Noire, an element pinched from the Atlantic and integrated into its younger brother's styling. The vehicle's windshield wiper is even used to extend the line into the windscreen and continue flowing at the roof.

In the rear, Bugatti has chosen a very different approach from its normal simply-sporty look. Instead, the car has a sense of refined elegance with a continuously flowing brake light and the manufacturer's name illuminated in the rear. Aerodynamics continue to section off the rear and surround not two, not four, but six individual exhaust tips.

Teal brake calipers are caged by wireframe wheels. The vehicle's tires receive a coat of silver-colored paint to extend the design of the wheel into the tire's sidewall.

“Every single component has been handcrafted and the carbon fibre body has a deep black gloss only interrupted by the ultrafine fibre structure. This is a material that has been handled perfectly,” said Etienne Salomé, a designer at Bugatti. “We worked long and hard on this design until was nothing that we could improve. For us, the coupé represents the perfect form with a perfect finish.

Bugatti decided that it would build the bespoke tourer for the company's 110th anniversary. Like most hypercars, the Voiture Noire has already been spoken for. The new owner, who Bugatti says is an enthusiast fascinated by the Atlantic, is making the Black Car an ideal part of their collection.

While Bugatti's official documentation says that it sold the work of art for an already eye-watering $12.5 million (11 million euros), CEO Stephan Winkelmann presented the Voiture Noire at Geneva and notes that that buyer paid a whopping $18.9 million (16.7 million euros) for the car.

It's not every day when an automaker decides to pick back up its old coachbuilding habits, but with the Voiture Noire, we're glad they did.