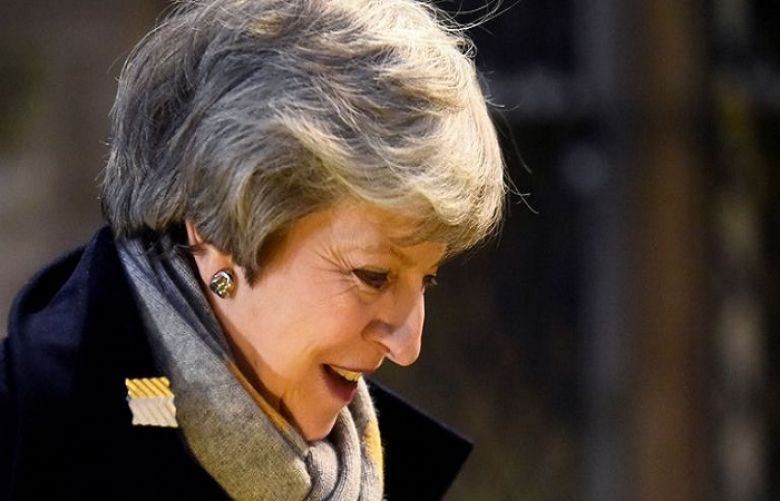 Theresa May will return to Brussels later to press EU leaders for legally binding changes to the Brexit deal.

The PM will insist the UK will not be "trapped" in the backstop - the plan to avoid the return of Irish border checks should no UK-EU trade deal be in place.

She will say the deal must change if it is to win the support of MPs who urged her to seek "alternative arrangements" when rejecting the deal last month.

However, the EU has repeatedly ruled out changing the withdrawal agreement.

And Mrs May's visit is being overshadowed by the row over Wednesday's outburst by Donald Tusk, who declared there was a "special place in hell" for those who campaigned for Brexit without a plan to deliver it.

MPs who backed Leave in the 2016 referendum reacted with anger to the comments, accusing the European Council president of "arrogance".

Meanwhile, Labour leader Jeremy Corbyn has set out five demands for his party to support a Brexit deal - calling for them to be enshrined as objectives in domestic law.

In a letter to the prime minister, he said Labour wants a UK-wide customs union, close alignment with the single market, "dynamic alignment" on rights and protections, "clear commitments" on participation in EU agencies and funding programmes and "unambiguous agreements" on the detail of future security arrangements.

He said Labour did not believe that "simply seeking modifications to the existing backstop terms is a credible or sufficient response" to the scale of defeat suffered by Mrs May on her deal last month.

Mr Corbyn added that EU leaders had been clear that changes to the political declaration were possible if a request was made by the UK government "and if the current red lines change".

There's pretty much zero expectation that any real progress will be made on Thursday when Theresa May comes back to Brussels looking for changes to the backstop.

Mr Tusk is not alone in Europe in his frustration at leading Brexiteers' unrealistic promises...

EU leaders are irritated too that - as they see it - the UK voted for Brexit but keeps looking to Brussels to come up with ways to make its exit workable and painless.

But most senior European politicians are keeping those thoughts quiet - in public.

Considering the tortuous political dance Theresa May is trying to pull off in Westminster, they realise outspokenly critical EU opinions may not be helpful if, in the end, they want to get this Brexit deal done with the UK.

The UK is due to leave the EU at 23:00 GMT on Friday 29 March, when the two-year time limit on withdrawal negotiations enforced by the Article 50 process expires.

In January, MPs overwhelmingly rejected the withdrawal deal that the government had negotiated with the EU, backing an amendment for the government to seek "alternative arrangements" to the backstop.

The backstop is an "insurance policy" designed to avoid "under all circumstances" the return of customs checkpoints between Northern Ireland and the Irish Republic after Brexit.

But the Democratic Unionist Party and Brexiteers believe the proposed temporary single customs arrangement could threaten the integrity of the UK, leaving it bound by EU rules if no trade deal is agreed.

Mrs May is due to meet European Commission president Jean-Claude Juncker, European Council president Donald Tusk and other senior figures on Thursday.

Downing Street said one of the Mrs May's key messages will be that the Commons has now made it clear it could support the withdrawal agreement, as long as concerns about the backstop are addressed.

The prime minister will use the meetings to state that Parliament has sent "an unequivocal message that change is required".

Mrs May is "open to different ways" of achieving her objectives on the backstop, Downing Street said.

She will also stress that Mr Corbyn shares the concerns about the backstop, saying that it is not just an issue for the Conservatives and the government's DUP allies.

Both sides must "show determination" to get an exit deal "over the line", Mrs May will say.

Downing Street said the government wanted to bring back a "meaningful vote" on a Brexit deal to the Commons as soon as possible.

On Wednesday, Mr Tusk said the Irish border issue and the need to preserve the peace process remained the EU's top priority.

He hoped Mrs May would "give us a deliverable guarantee for peace in Northern Ireland and the UK will leave the EU as a trusted friend" that can command a Commons majority.

Taoiseach (Irish prime minister) Leo Varadkar said that while he was "open to further discussions" with the UK government about post-Brexit relations, the legally-binding withdrawal agreement remained "the best deal possible".

And the backstop was needed "as a legal guarantee to ensure that there is no return to a hard border on the island of Ireland".

He is due to meet Mrs May for talks in Dublin on Friday.