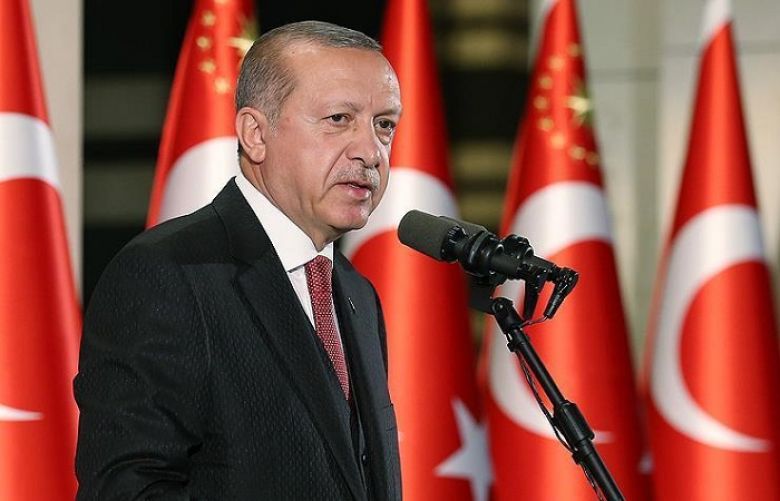 Turkey expressed alarm on Tuesday over the United States shuttering the Palestinian Liberation Organisation (PLO) mission in Washington, saying it showed America could no longer be an impartial player in the peace process.

The State Department announced Monday it would close the mission, accusing the Palestinians of refusing to engage with the United States or Israel and of rejecting outright a still-unseen US peace plan.

But the PLO said it was being blackmailed by a White House blatantly biased in favour of Israel.

“The decision is worrying and it is another sign that the US is not an impartial party in the Middle East peace process,” Turkish Foreign Ministry spokesman Hami Aksoy said.

The announcement would “only embolden” those who want to destroy the two-state solution, Aksoy added in a statement.

The PLO is regarded as the representative of the Palestinians by the international community and its chairman is Palestinian president Mahmud Abbas.

Turkish President Recep Tayyip Erdogan, who regards himself as a champion of the Palestinians, has bitterly criticised the current US administration for its stance on the conflict between Israel and the Palestinians.

Erdogan led the international outcry when US President Donald Trump recognised the disputed city of Jerusalem as the capital of Israel and moved the US embassy there from Tel Aviv, twice holding summits of Muslim leaders in Istanbul.

And while Turkey, unlike most majority Muslim countries, maintains full relations with Israel, Erdogan has repeatedly lashed out at the government of Prime Minister Benjamin Netanyahu.

Ankara ordered out Israel's ambassador in May after Israeli soldiers killed dozens of unarmed protestors along the border with the Gaza Strip.

Erdogan claimed in July that Israel is “the world's most Zionist, fascist and racist state” while Netanyahu hit back by saying Turkey had become a “dark dictatorship” under Erdogan's rule.