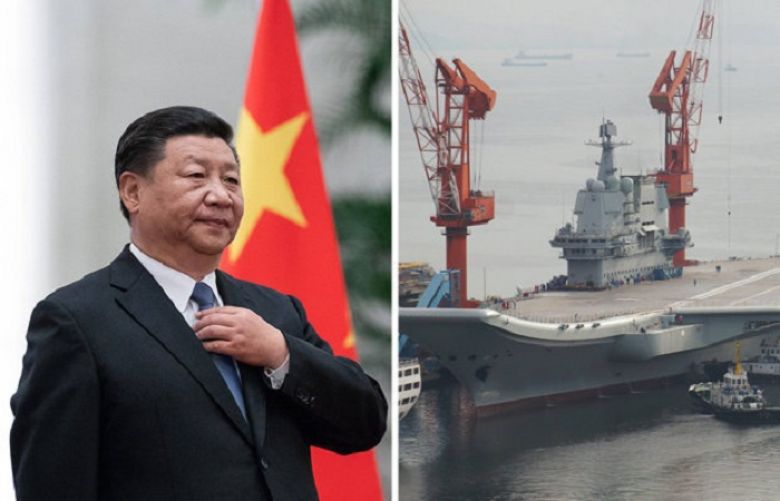 China in fresh WAR GAMES as 1,300km of sea SEALED OFF for aircraft carrier military drills

The huge area of water, almost the size of London, has been sealed off for eight days, Chinese news agencies are reporting.

Weighing 65,000 tonnes, the Liaoning Aircraft Carrier is one of the largest in the world.

China's first domestically produced aircraft is now in its second stage of testing, practising high-speed manoeuvres and testing the endurance of its propulsion system.

Tests will also push the ship to the limit in terms of speed and running time.

Beijing-based naval expert Li Jie said: "As a warship, it is necessary to test whether the engines are able to cope with the highest speed of over 30 knots."

Military experts told Chinese media the area had been reserved for use by the Type 001a aircraft carrier.

He explained: "The maiden voyage of the home-grown carrier had more political symbolic significance.

"The second phase of sea trials means it has started more scientific and comprehensive tests."

It comes at a time of heightened military tensions in the region between China and its neighbours, particularly the island nation of Taiwan.