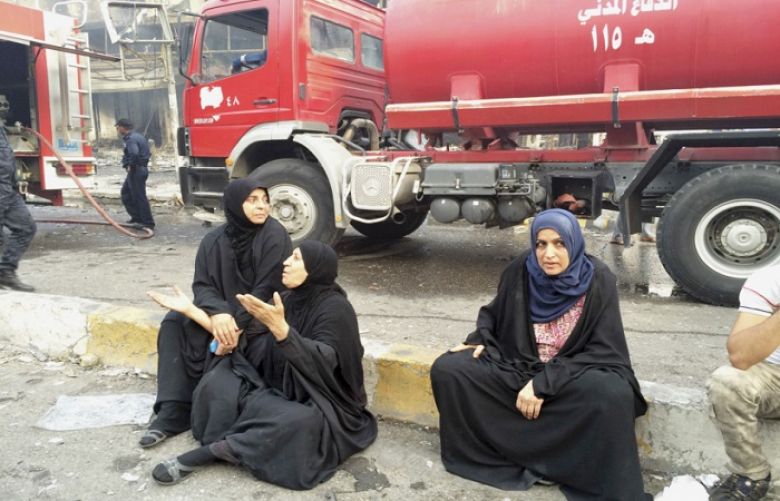 People gather at the site of the blasts in the Karrada shopping area, in Baghdad, on Sunday.

A suicide truck bomb on Thursday killed about 100 people, most of them Iranian pilgrims, at a petrol station in the city of Hilla, about 100km south of Baghdad, police and medical sources said. The militant Islamic State (IS) group claimed responsibility for the attack in an online statement. The pilgrims were en route back to Iran from Karbala, where they had commemorated Arbaeen, the medical sources said.

The gas station has a restaurant on its premises that is popular with travellers. Five pilgrim buses were torched by the force of the blast from the explosives-laden truck, a police official said.

Many Iranian nationals — the largest contingent of foreigners at the Arbaeen pilgrimage that ended on Monday — were among the victims, the Joint Operations Command (JOC) said. The attack took place near a village called Shomali.

“At least seven buses with pilgrims were inside the petrol station at the time,” a senior police said. “Those buses were loaded with Iranians, Bahrainis and Iraqis. Ambulances and civil defence are on their way to the site,” a police intelligence source said.

A Shomali resident said the petrol station is located on the main motorway between Baghdad and the southern port city of Basra. “There were Iranians but also lots of people from Basra and Nasiriyah,” Mousa Omran said, referring to another southern city. Between 17 and 20 million people visited Karbala, home to the mausoleum of Hazrat Imam Husain.

The days-long final phase of the pilgrimage sees huge numbers of pilgrims walk long distances to reach Karbala. According to the Iraqi authorities, around three million Iranians were among this year’s visitors. Many of them stay a few days longer to visit the shrine city. Iraq’s security forces were on high alert for the duration of the pilgrimage, seen as a major potential target for IS.

The militant organisation, which is currently trying to defend its last major Iraqi bastion of Mosul against a massive offensive, has claimed countless such bombings. According to analysts, IS has intensified attacks over the past month in areas out of its control in efforts to weaken the US-backed offensive launched on Oct 17 to retake Mosul.

In a statement quoted by the SITE Intelligence Group, the group said a bomber “blew up his vehicle amidst their assembly, inflicting among them more than 200 killed and wounded, including Iranians”.