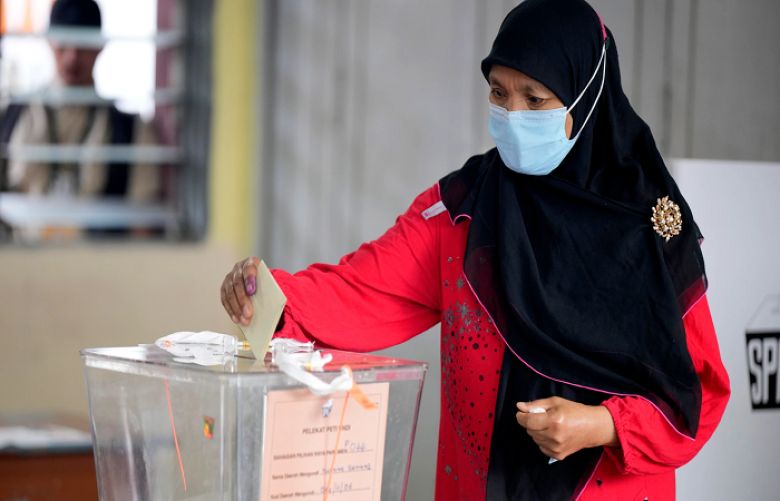 Voting has opened in Malaysia's 15th general elections that will decide if a long-ruling coalition can make a comeback.

According to international media reports, about 21 million registered voters are expected to head to polling centres across the Southeast Asian nation throughout Saturday, amid fears heavy monsoon rains could disrupt voting in certain areas.

Jailed ex-leader Najib Razak's graft-tainted party is seeking to cement its grip on power in the election, but analysts say the race is too close to call.

The two governments that succeeded UMNO, however, were plagued by infighting, allowing the party to creep back into power last year. Now, UMNO will be seeking a stronger mandate in an election called ten months ahead of schedule.

Among the challengers is perennial opposition leader Anwar Ibrahim, 75, who leads the ethnically-diverse Pakatan Harapan (Alliance of Hope) coalition. He is campaigning on an anti-corruption platform.

With age catching up, this election could be Anwar's last chance to fulfill a 20-year dream to lead Southeast Asia's third-largest economy.

He is up against the ruling Barisan National coalition, which is dominated by UMNO and led by Najib loyalist and ex-interior minister Ahmad Zahid Hamidi. It also includes caretaker prime minister Ismail Sabri Yaakob.

UMNO remains hobbled by corruption allegations. Najib, who was at the centre of the 1MDB scandal, is currently serving a 12-year jail term.

Opposition parties say they are concerned the ex-PM could walk free and corruption charges against Zahid and other party leaders could be dropped if UMNO wins.