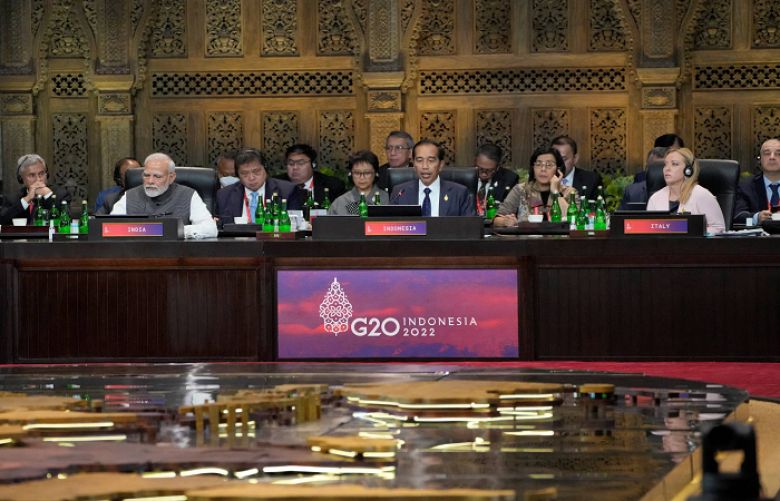 Indonesian President Joko Widodo told G20 members to "end the war" as he opened a leaders' summit in Bali that will be dominated by Russia's attack on Ukraine.

"Being responsible means creating not zero-sum situations, being responsible here also means that we must end the war. If the war does not end, it will be difficult for the world to move forward," he told leaders ahead of the summit's opening session.

Without mentioning Russia by name, Widodo called on members to not allow another Cold War between major powers.

"We should not divide the world into parts. We must not allow the world to fall into another Cold War," he said.