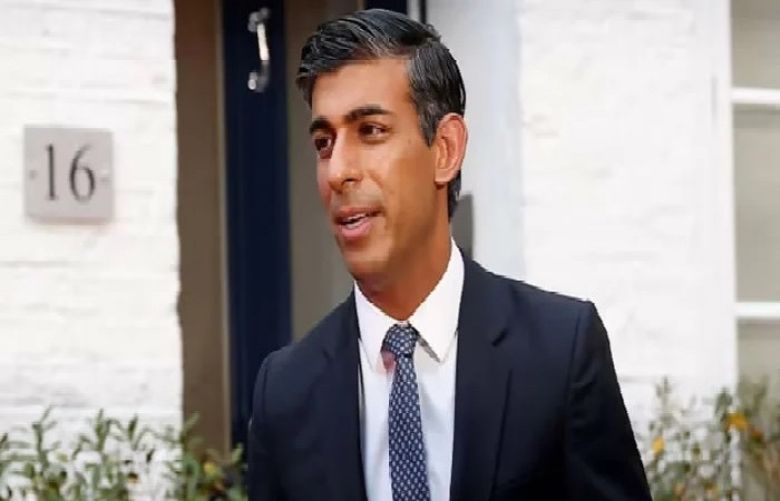 Rishi Sunak has won the Tory leadership race to become the United Kingdom’s next prime minister, the first person of Indian origin in the country’s history. He replaces Liz Truss – the shortest-serving UK PM – who resigned last week after just 44 days in the role.

The development comes after Boris Johnson pulled out of the race late on Sunday night, Independent reported.

The former chancellor beat leader of the House of Commons Penny Mordaunt after receiving the backing of over 180 Tory MPs to Mordaunt’s 27.

Sunak was to make his first remarks at 2:30 pm (1330 GMT), according to Brady, whose 1922 committee of Tory MPs organised a rapid leadership election following last week's resignation of PM Truss.

Former leader Boris Johnson pulled out of the race late Sunday, leaving a straight fight between Sunak and Mordaunt.

"These are unprecedented times. Despite the compressed timetable for the leadership contest it is clear that colleagues feel we need certainty today," Mordaunt said in a statement.

"They have taken this decision in good faith for the good of the country."

The Tories retain a majority in parliament, meaning that as their leader, Sunak will be named prime minister by King Charles III.

Who is Rishi Sunak?

Sunak's family migrated in the 1960s to Britain, which ruled India for about 200 years before the South Asian country gained independence in 1947 after a long struggle led by Mahatma Gandhi.

Revelations that Sunak's wife Akshata Murthy, an Indian citizen, had not been paying British tax on her foreign income through her "non-domiciled" status – available to foreign nationals who do not see Britain as their permanent home – hurt Sunak ahead of his race against Truss in the summer.

Murthy, who owns a 0.9% stake in Infosys, later said she would start to pay British tax on her global income.

Sunak's colleague Braverman, currently Britain's attorney general and also in the race to succeed Johnson, was born into a Christian family of Indian origin. Her parents migrated to Britain in the 1960s from Kenya and Mauritius.

She has previously spoken about her parents, saying they came to Britain with nothing.

In 2017, Braverman posted on Facebook that her mother was awarded the British Empire Medal for 45 years of service in the National Health Service as a nurse and for voluntary work abroad.

Sunak is tasked with steering the country through an economic crisis and mounting anger among some voters.

A nationwide election need not be called for another two years, but opposition parties said voters should now be given a say.

The opposition Labour Party leads the government by more than 30 points in some opinion polls.