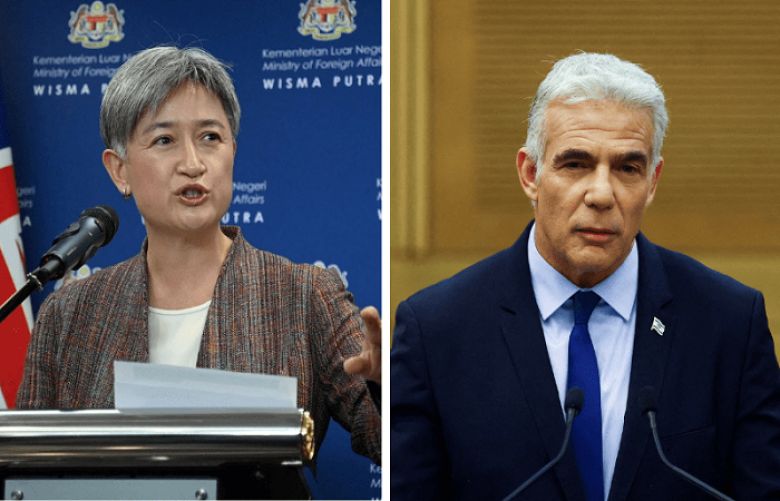 Australia on Tuesday reversed a decision of the previous government to recognise West Jerusalem as the capital of Israel, saying the status of the city should be resolved through peace negotiations between Israel and the Palestinian people.

Foreign Affairs Minister Penny Wong said Australia “will always be a steadfast friend of Israel” and was committed to a two-state solution in which Israel and a future Palestine coexist in peace within internationally recognised borders.

The government “recommits Australia to international efforts in the responsible pursuit of progress towards a just and enduring two-state solution”, she said in a statement.

Previous prime minister Scott Morrison had reversed decades of Middle East policy in December 2018 by saying Australia recognised West Jerusalem as the capital of Israel but would not move its embassy there immediately.

Former United States President Donald Trump had recognised Jerusalem as the capital a year earlier, without elaborating on the boundaries of a city whose eastern sector — the location of major Jewish, Christian and Muslim holy sites — Palestinians want for their future capital.

Wong told reporters Morrison’s 2018 decision “put Australia out of step with the majority of the international community”, and was met with concern by Muslim-majority neighbour Indonesia.

“I regret that Mr Morrison’s decision to play politics resulted in Australia’s shifting position, and the distress these shifts have caused to many people in the Australian community who care deeply about this issue,” she said.

Morrison had flagged moving the embassy from Tel Aviv in 2018 just days before a by-election in a Sydney electorate with a strong Jewish representation, which his Liberal party nonetheless lost.

The Guardian first reported a change to the Department of Foreign Affairs and Trade website to remove language describing West Jerusalem as the capital on Monday.

Wong said the decision was made by Prime Minister Anthony Albanese’s Cabinet on Tuesday.

Israeli Prime Minister Yair Lapid described the move as a “hasty response”, adding: “We can only hope that the Australian government manages other matters more seriously and professionally.

“Jerusalem is the eternal and united capital of Israel and nothing will ever change that,” the prime minister added in a statement released by his office.

The Israeli foreign ministry said it had summoned the Australian ambassador to lodge a formal protest.

Jerusalem is claimed by both Israelis and Palestinians, and most foreign governments avoid formally declaring it the capital of any state.