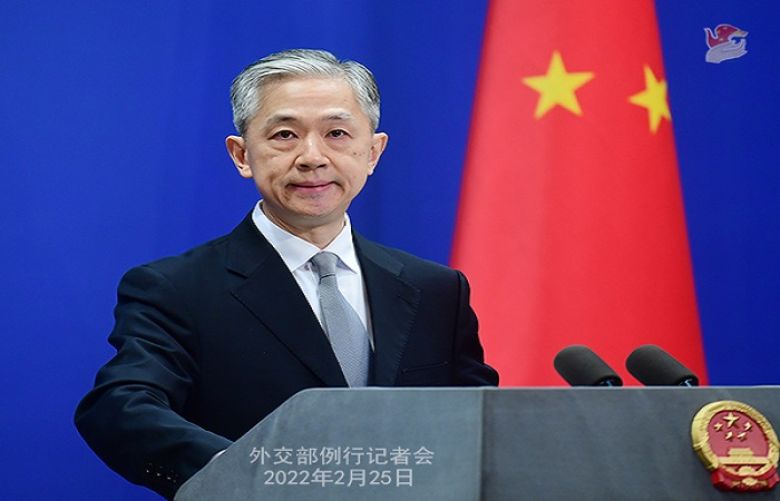 Chinese foreign ministry spokesperson Wang Wenbin on Tuesday said that the United States better help Pakistan with "real action" instead of commenting on the bilateral ties between Islamabad and Beijing.

The statement came in response to US Secretary of State Antony Blinken's statement, urging Pakistan to seek debt relief from its close partner China as floods devastate the country.

"The US had better help Pakistani people with real action rather than just commenting on China-Pakistan cooperation," Wang Wenbin said in a statement.

Blinken promised strong US support for Pakistan as it dries out from the floods, which have submerged one-third of the country, an area the size of the United Kingdom.

"We send a simple message. We are here for Pakistan, just as we were during past natural disasters, looking ahead to rebuild," Blinken said after talks in Washington with Foreign Minister Bilawal Bhutto Zardari.

"I also urged our colleagues to engage China on some of the important issues of debt relief and restructuring so that Pakistan can more quickly recover from the floods," Blinken said.

China is a key economic and political partner of Pakistan, pushing ahead with a $54 billion "economic corridor" that will build infrastructure and give Beijing an outlet to the Indian Ocean, although Chinese interests have also faced attacks from separatists.

Washington, whose Cold War alliance with Islamabad has frayed, has repeatedly charged that China will reap the benefits while Pakistan will face unsustainable debt.

The warnings by the United States — which considers China its preeminent global competitor — have repeatedly been brushed aside by Pakistan.

Some 1,600 people — one-third of them children — have died in Pakistan's floods and more than seven million have been displaced, amid fears that such severe disasters will become more common due to climate change.

The United States has committed $56 million in humanitarian aid and sent 17 planes full of supplies, with promises of long-term support.