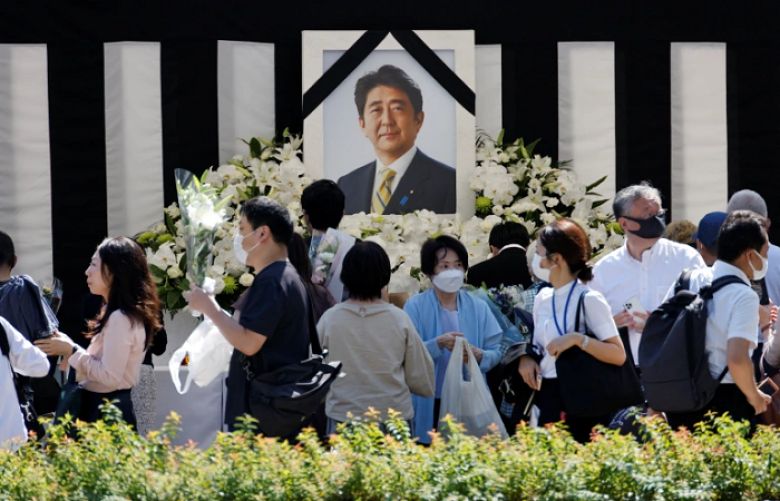 Japan has held a controversial state funeral for assassinated former prime minister Shinzo Abe, with his widow Akie carrying his ashes into a Tokyo hall where thousands of mourners gathered.

According to international media, dressed in a black kimono, Akie carried the ashes in a box covered with a decorative fabric into the Budokan venue as a 19-gun salute sounded in honour of the slain ex-premier on Tuesday.

Thousands of Japanese offered flowers and prayers in honour of Abe ahead of the state funeral attended by hundreds of foreign dignitaries.

Abe was Japan's longest-serving prime minister and one of the country's most recognisable political figures, known for cultivating international alliances and his "Abenomics" economic strategy.

He resigned in 2020 over recurring health problems, but remained a key political voice and was campaigning for his ruling party when a lone gunman killed him on July 8.

But the decision to give him a state funeral only the second for a former premier in the post-war period has provoked opposition, with around 60 percent of Japanese against the event in recent polls.