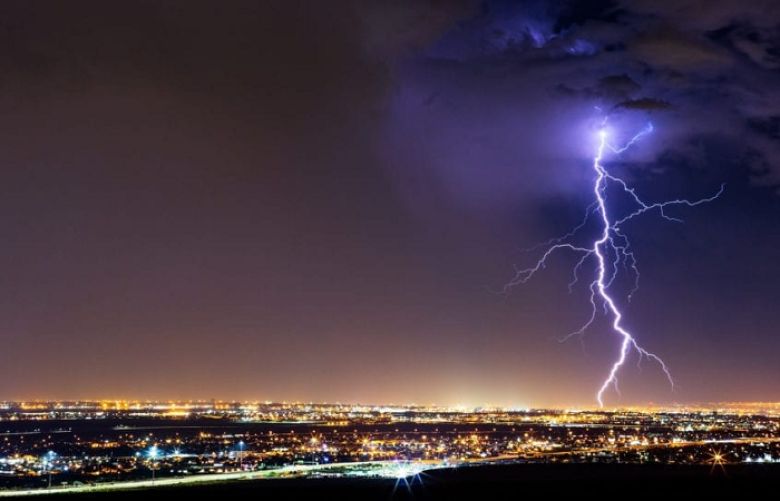 Hazardous weather has killed at least 36 people in northern India over the past 24 hours.

According to international media, across the northern state of Uttar Pradesh, 24 people died after their homes collapsed during unrelenting rains.
Officials said 39 people in the state have died from lightning in the last five days, prompting the state government to issue new guidelines for how people can protect themselves during a thunderstorm.

Lightning strikes are common during India’s monsoon season, which runs from June to September.

A 1-degree-Celsius (1.8-degree-Fahrenheit) rise in temperature increases lightning by 12 times. Thunderbolts contain as much as a billion volts of electricity and can cause immense damage to buildings when they hit.

There has been a 34-percent rise in lightning strikes across India over the past year, which has caused deaths to increase.

About 2,500 people die in lightning strikes around India each year, according to government figures, compared with just 45 in the United States.

Last year, a herd of 18 wild Asiatic elephants was found dead in India’s northeastern state of Assam, possibly because of a huge lightning strike.

Evidence suggests lightning strikes are also becoming more common in urban areas a particular concern in India, where the city population is forecast to rise dramatically in the coming years.