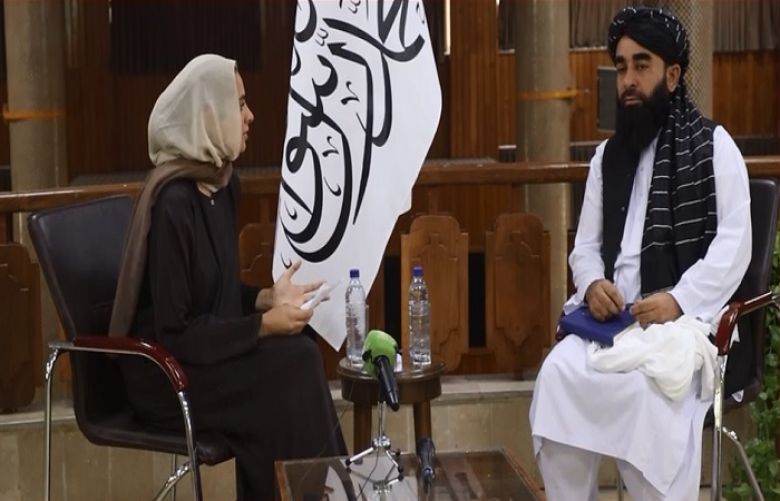 During an interview with Such TV anchorperson Batool Rajpoot, Mujahid highlighted that both the countries were important for each other.

The Taliban spokesperson also warned against spoilers. Talking about girls education, he maintained that the country needed to strengthen its ministry of education first and then focus on girls education.

Talking about press freedom, he said that the media in a society was an important element for the development of that society. The importance of media should be recognized, he added.

Separately, Tehreek-e-Islami Afghanistan chief Gulbuddin Hekmatyar has acknowledged that hatred against Pakistan was systematically spread in Afghanistan despite its role in the resistance movement against the Soviet invasion and the services it rendered to Afghan refugees in the wake of the invasion.

“Anti-Pakistan propaganda was always spread in Kabul, which created enmity and hatred against Pakistan”, the key political figure said in an exclusive interview with Such TV anchorperson Batool Rajpoot.

He said that Pakistan welcomed hundreds of thousands of Afghan refugees during the war, but propaganda against it was rife at the time too.