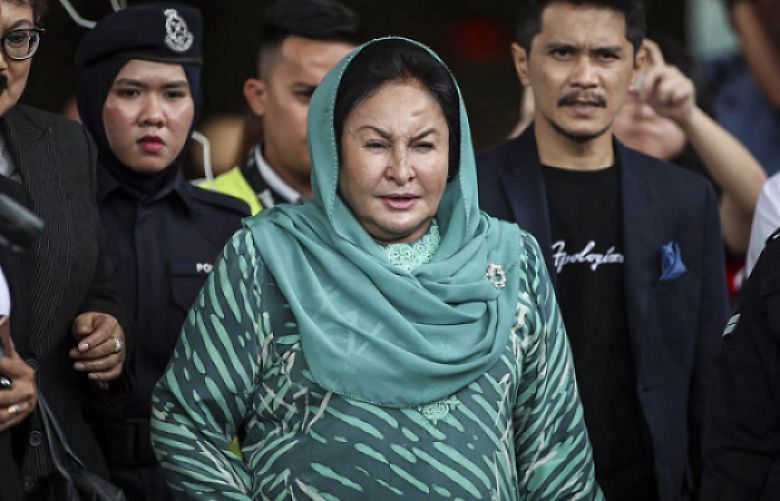 The wife of ex-Malaysian prime minister Najib Razak has been sentenced to ten years in prison on each of three bribery charges.

According to international media, the verdict on Thursday came just a week after Najib began serving a 12-year jail sentence over a case linked to the looting of the 1MDB state fund.

Rosmah was charged with three counts of bribery in connection with a $279m project to provide solar power to schools in rural Sarawak.

The Kuala Lumpur High Court found her guilty on all three charges.

Najib lost power in May 2018 the first time that his United Malays National Organisation (UMNO) party had lost an election since independence amid public anger over the multibillion dollar scandal at state fund 1MDB. The United States Department of Justice alleges that some $4.5b was stolen from 1MDB, some of which ended up in Najib’s private bank accounts.

Following the election, crowds thronged a Kuala Lumpur airport amid reports Najib and Rosmah were planning to leave the country on a private jet, as police searched their properties for evidence, hauling away hundreds of millions of dollars in cash, designer handbags and numerous items of luxury jewellery and branded watches.

Rosmah, with her distinctive bouffant hairstyle, now faces as many as 20 years in prison. She may be allowed to stay out of jail if she appeals a guilty verdict to a higher court.

Najib was found guilty of corruption in 2020 in the first of the cases he faced in connection with the 1MDB scandal.