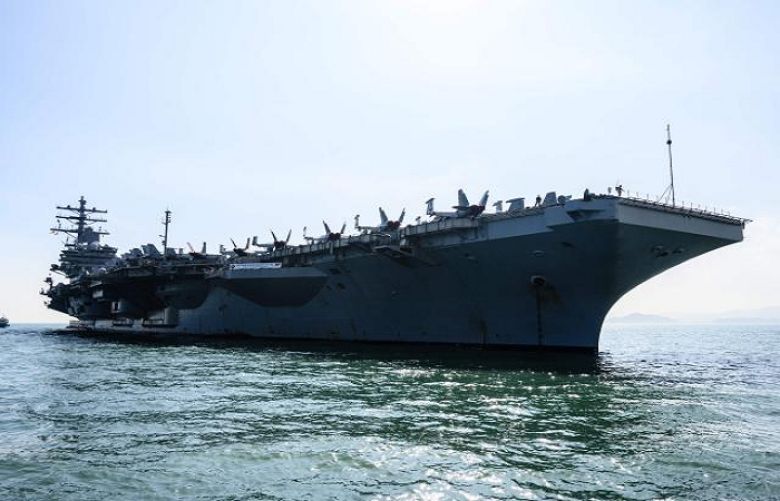 Four United States warships, including an aircraft carrier, have taken up positions in waters east of Taiwan in what the US Navy called routine deployments amid rising Chinese anger over an expected visit to the island by House of Representatives Speaker Nancy Pelosi.

Pelosi is expected to arrive in Taipei later on Tuesday, people briefed on the matter said, as the US said it would not be intimidated by Chinese warnings against the visit of the highest ranking US official to travel to the island since 1997.

The carrier USS Ronald Reagan had transited the South China Sea and was currently in the Philippine Sea, east of Taiwan and the Philippines and south of Japan, a US Navy official told the Reuters news agency on Tuesday.

The Japan-based Reagan is operating with a guided missile cruiser, USS Antietam, and a destroyer, USS Higgins.

“While they are able to respond to any eventuality, these are normal, routine deployments,” said the official, who spoke on the condition of anonymity.

The official, who would not comment on precise locations of the warships, said the amphibious assault ship USS Tripoli was also in the area.