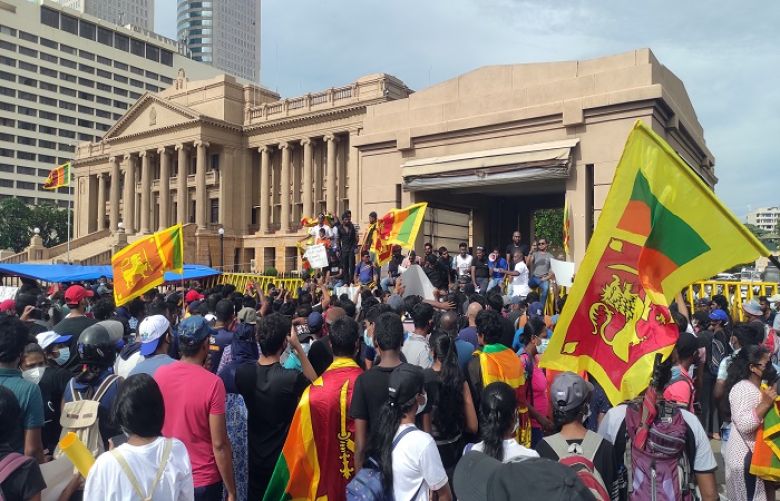 Anti government protesters have returned to the streets of Sri Lanka’s capital and say they will continue their weeks long uprising after parliament voted in acting leader Ranil Wickremesinghe as the country’s new president.

Hundreds of protesters gathered at the GotaGoGama site in Colombo, where only last week they had celebrated Gotabaya Rajapaksa’s resignation as president.
Addressing the crowds, protest leaders refused to accept six-time Prime Minister Wickremesinghe, 73, as the new head of state, holding him partly responsible for the country’s unprecedented economic and political crisis.