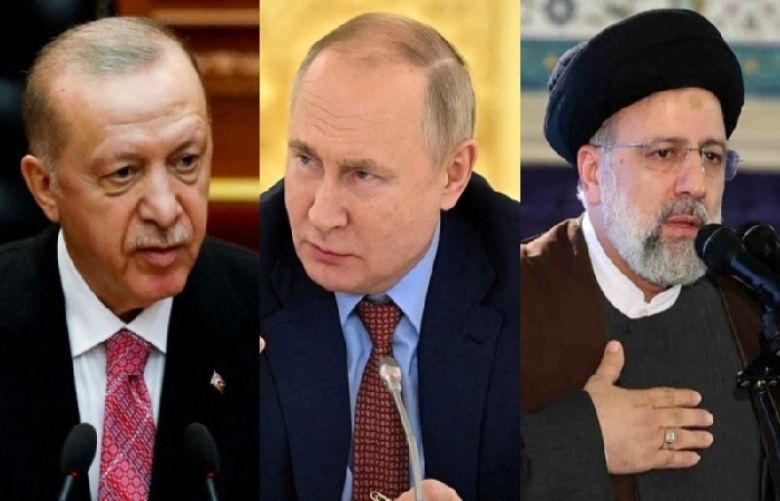 Russian President Vladimir Putin will meet his Turkish counterpart Tayyip Erdogan and Iranian President Ebrahim Raisi to discuss Syria during a visit to Tehran next Tuesday, the Kremlin said.

It will be only Putin's second foreign trip since the start of Moscow's armed intervention in Ukraine on February 24, following a trip to Central Asia at the end of June.

Kremlin spokesperson Dmitry Peskov said three leaders — from the three guarantor states of the Astana process, designed to find a peace settlement in Syria — would hold a trilateral meeting.

Russia and Iran are the key military and political backers of Syrian President Bashar al-Assad, while Turkey has provided military assistance to the Free Syrian Army and other rebel groups still fighting against Assad's forces in northwest Syria.

The Kremlin had said on Monday that Putin and Erdogan, who have been mediating between Moscow and Kyiv since Russia sent its armed forces into Ukraine on February 24, would hold in-person talks soon after a phone conversation in which they discussed efforts to facilitate grain exports from Ukraine.

Peskov made no mention on Tuesday of any bilateral meeting between Putin and Raisi in Tehran.