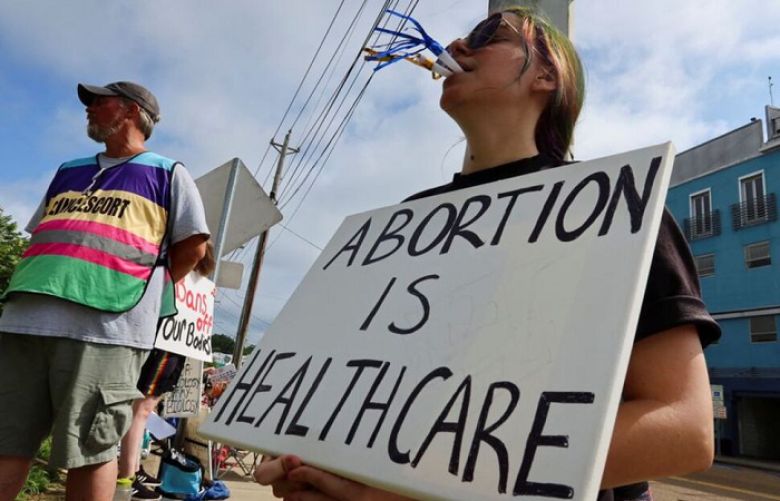 The Biden administration said on Monday healthcare providers must offer abortion services if the life of a mother is at risk and that procedures conducted under such circumstances would be protected under federal law regardless of various state bans.

The Department of Health & Human Services said on Monday physicians must provide that treatment if they believe a pregnant patient is experiencing an emergency medical condition as defined by Emergency Medical Treatment and Active Labor Act (EMTALA) and if abortion is a "stabilizing treatment".

EMTALA requires medical facilities determine whether a person seeking treatment may be in labor or whether they face an emergency health situation and also protects providers when offering legally mandated abortion services in such situations.

The department said in a statement emergency conditions include "ectopic pregnancy, complications of pregnancy loss, or emergent hypertensive disorders, such as preeclampsia with severe features."

The guidance does not reflect new policy, but merely reminds doctors and providers of their existing obligations under federal law, the health department said.

On Sunday, Biden said he had asked his administration to consider whether he has authority to declare an abortion-related public health emergency.

White House press secretary Karine Jean-Pierre said on Monday declaring a public health emergency would not necessarily free up resources, citing the experience of heavy federal spending for the government's response to COVID-19 and monkey pox.

"It also doesn't release a significant amount of legal authority," Jean-Pierre told reporters. "And so that's why we haven't taken that action yet."

The White House has been under pressure from Biden's own party to take action after the Supreme Court decision last month. Protecting abortion rights is a top issue for women Democrats, Reuters polling shows, and more than 70% of Americans think the issue should be left to a woman and her doctor.

In a separate letter to providers, HHS Secretary Xavier Becerra said EMTALA protects healthcare providers' clinical judgment regardless of the restrictions in the state where they practice.

Becerra wrote a physician or other qualified medical personnel’s professional and legal duty to "provide stabilizing medical treatment, preempts any directly conflicting state law or mandate that might otherwise prohibit such treatment."