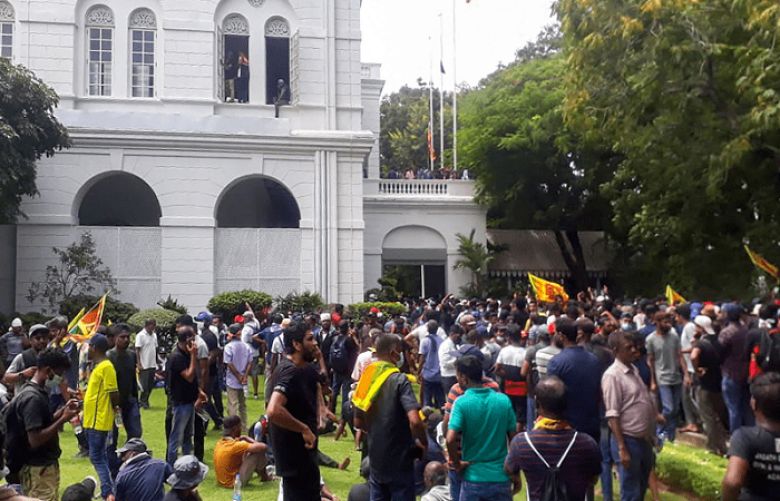 Sri Lanka Prime Minister Ranil Wickremesinghe is willing to resign to make way for an all-party government, his office said in a statement on Saturday, after thousands of protesters stormed the president's official residence in Colombo.

Thousands of protesters broke through police barricades and stormed the president's official residence in one of the largest anti-government marches in the crisis-hit country this year.

Some protesters, holding Sri Lankan flags and helmets, broke into the president's residence.

Two defence ministry sources said President Gotabaya Rajapaksa was removed from the official premises on Friday for his safety ahead of the planned rally over the weekend.

"Wickremesinghe has told the party leaders that he is willing to resign as prime minister and make way for an all-party government to take over," his office said in a statement.

Wickremesinghe had also been moved to a secure location, a government. Leaders of several opposition parties have also called for Rajapaksa to resign.

"The president and the prime minister must resign immediately. If that does not happen political instability will worsen," said Sri Lanka Freedom Party leader and former president Maithripala Sirisena, speaking before Wickremesinghe had offered his resignation.

A Facebook livestream from inside the president's house showed hundreds of protesters, some draped in flags, packing into rooms and corridors, shouting slogan's against Rajapaksa.

Hundreds also milled about on the grounds outside the colonial-era white-washed building. No security officials were visible.