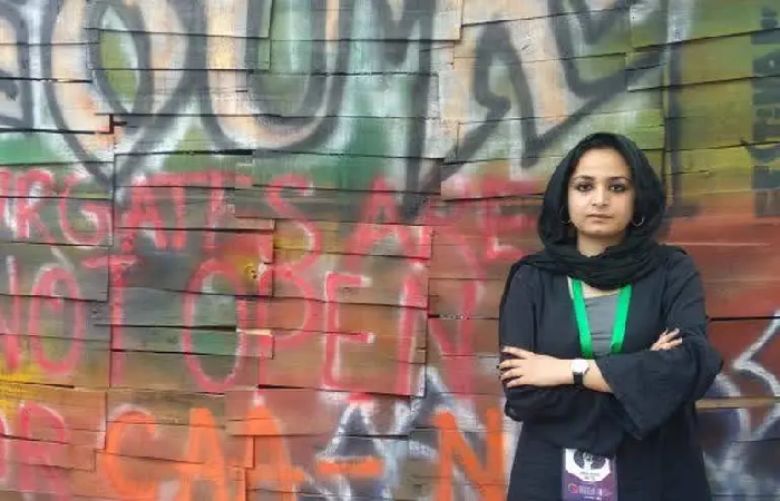 Pulitzer Prize-winning photojournalist from Indian-occupied Kashmir, Sana Irshad Mattoo, was barred by immigration officials at the New Delhi airport from travelling to France on Saturday "without any reasons", Indian media reported.

In a tweet, Mattoo said she was scheduled to travel from Delhi to Paris [on Saturday] for a book launch and photography exhibition as one of 10 award winners of the Serendipity Arles grant 2020.

“I was not given any reason but told I would not be able to travel internationally," the journalist added.

Mattoo said that she was stopped despite procuring a French visa.

"This is insane, there is nothing against me. One of the officials told me I should check the reason from Kashmir from where directions had come. I don’t understand why I was stopped," Al Jazeera quoted her as saying.

Mattoo told the outlet that she was "disheartened" by the move since she was looking forward to the opportunity for a long time.

A resident of Srinagar, the 28-year-old works as a photojournalist for the international wire agency Reuters. Mattoo won the 2022 Pulitzer Prize in feature photography along with three other Reuters photographers for their coverage of Covid-19's second wave in India.

The move against Mattoo comes in the wake of recent clampdowns on Indian journalists who have been critics of the Modi-led government.

In January, Indian authorities arrested Sajad Gul, an independent journalist and media student in IoK, which was followed by the arrest of the editor of Kashmir Walla news portal, Fahad Shah, in February.