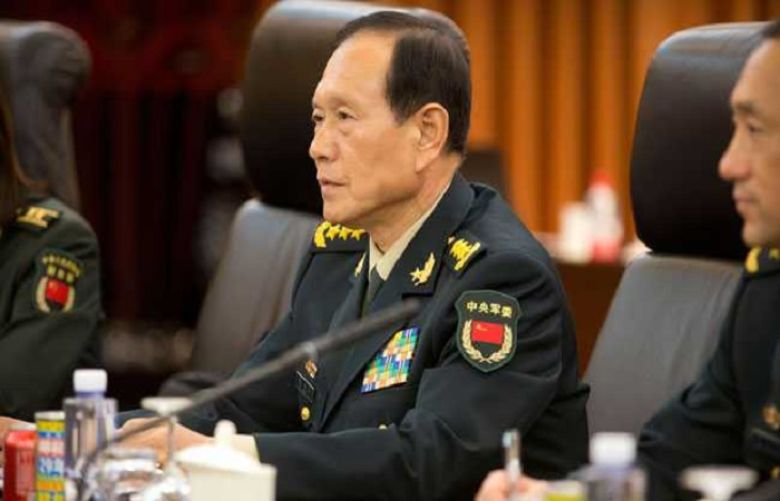 Chinese Defence Minister Wei Fenghe said on Sunday that it was up to the United States to improve the bilateral relationship, as ties were at a critical juncture.

Repeating several times at an Asian security meeting that China only sought peace and stability, and was not an aggressor, he called on the United States to “strengthen solidarity and oppose confrontation and division”.

He said China firmly rejected “US smearing, accusations and even threats” in Defence Secretary Lloyd Austin's speech on Saturday.

“We request the US side to stop smearing and containing China. Stop interfering in China's internal affairs. The bilateral relationship cannot improve unless the US side can do that,” Wei, dressed in the uniform of a general in the People's Liberation Army, told the Shangri-La Dialogue.

Austin said on Saturday there had been an “alarming” increase in the number of unsafe and unprofessional encounters between Chinese planes and vessels with those of other countries.

He added that the United States would stand by its allies, including Taiwan.

Russia's invasion of Ukraine has taken centre stage at the meeting, and Wei made a point of saying China supported peace talks and opposed “providing weapons, applying maximum pressure”.

“What is the root cause of this crisis? Who is the mastermind behind this? Who loses the most? And who stands to gain the most? Who is promoting peace and who is adding fuel to the fire? I think we all know the answers to these questions,” he said, without addressing them or stating China's position.

In an address via video link on Saturday, Ukrainian President Volodymyr Zelenskiy warned delegates that the invasion of Ukraine threatened the rules-based order and put the entire world in danger of famine and food crises.

Russia calls its actions in Ukraine a special operation that it says is not designed to occupy territory but to destroy its southern neighbour's military capabilities and capture what it regards as dangerous nationalists.

Addressing the issue of Taiwan, Wei said China's position on the island, which Beijing views as a province, was unchanged.

He said the Chinese government sought “peaceful reunification” with Taiwan but reserved “other options”.

He noted that China had contributed to global efforts to fight Covid-19, and that the country's efforts to develop the South China Sea were peaceful.

“Countries big and small, weak or powerful, are all equal,” he said. “We should respect each other and treat each other as equals.”