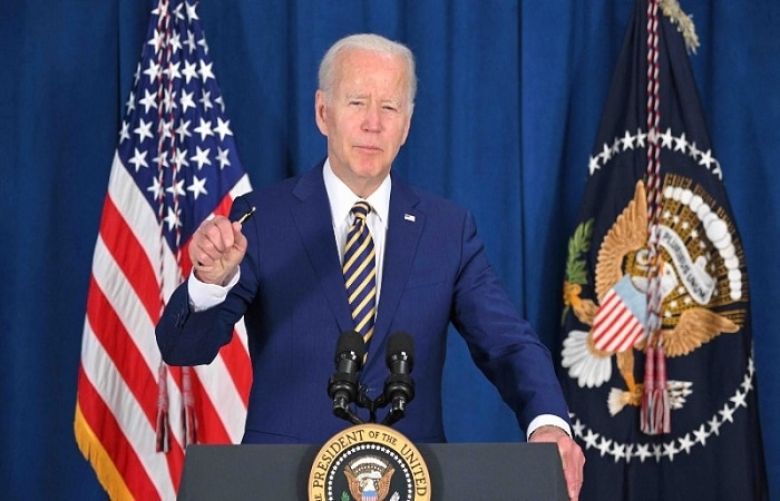 US President Joe Biden publicly acknowledged on Friday that he may travel to Saudi Arabia soon, a trip that multiple sources say is expected and could include talks with Saudi Crown Prince Mohammed bin Salman.

Biden told reporters that he does not yet have direct plans to make a trip to Saudi Arabia but if he does it would be to try to advance Middle East peace prospects.

Sources familiar with the process say Biden is planning a trip to Saudi Arabia in conjunction with a trip to Europe and Israel in late June.

As recently as Wednesday, the White House said Biden still felt Salman was a “pariah” for what US intelligence says was his role in the killing and dismembering of a political opponent, Washington Post journalist Jamal Khashoggi, in Turkey in 2018.

Khashoggi's murder at the Saudi consulate in Istanbul tainted the crown prince's image as a reformist. The Saudi government has denied any involvement by him.

“Look, I'm not going to change my view on human rights but as president of the United States my job is to bring peace if I can and that's what I'm going to try to do,” Biden said in explaining his reasoning for why he may make the trip.

The visit would be aimed at bolstering relations with Saudi Arabia at a time when Biden is trying to find ways to lower gasoline prices in the US.

Biden would participate in a Riyadh summit of the Gulf Cooperation Council, a regional union whose members are Bahrain, Kuwait, Oman, Qatar, Saudi Arabia, and the United Arab Emirates, sources said.

"I'm not sure when I'm going," Biden said when asked about reports of an imminent visit.

"There is a possibility that I would be going to meet with both the Israelis and some Arab countries at the time. Saudi Arabia would be included in that if I did go, but I have no direct plans at the moment,” Biden told reporters.

Prospects for a Biden visit improved on Thursday when Opec+ agreed to increase oil output by 200,000 barrels in July and August and a ceasefire in the Yemen war was extended.

The White House took the rare step of recognising the role played by Salman in extending the Yemen ceasefire.

While running for president, Biden called for Saudi leaders to be treated as “the pariah that they are” after the ultraconservative kingdom's chummy relationship with his predecessor Donald Trump.

Trump had largely shielded Saudi Arabia from consequences after Khashoggi, a US resident who wrote critically about the crown prince, was lured into the Saudi consulate in Istanbul where he was strangled and dismembered.

Trump's son-in-law and top aide, Jared Kushner, had developed a close bond with the prince known by his initials “MBS,” reportedly conversing with him over WhatsApp chats.