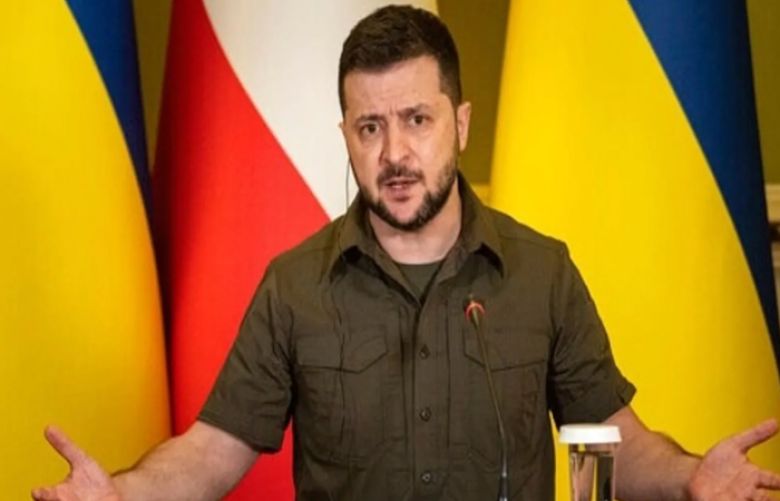 Russian troops advanced in eastern Ukraine on Tuesday, pounding key cities and aiming "to destroy everything there," President Volodymyr Zelensky said, as Moscow signalled it was digging in for a long war against its neighbor.

Three months to the day since Russia launched its invasion, Zelensky mourned the thousands of Ukrainian men and women who have perished and he renewed calls for heavy weapons from foreign partners saying arms for Kyiv were "the best investment in stability in the world."

Sergiy Gaidai, governor of the eastern region of Lugansk, said Russian forces were bombarding the industrial city of Severodonetsk with air strikes, rockets, artillery and mortars in an effort to solidify control over the province and move further into Ukraine.

"The situation is very difficult and unfortunately it is only getting worse. It is getting worse with every day and even with every hour," Gaidai said in a video on Telegram. "The Russian army decided to completely destroy Severodonetsk."

He added: "They are simply erasing Severodonetsk from the face of the earth."

In Moscow, Russian Defence Minister Sergei made it clear Russia was bedding in for a long war in Ukraine.

"We will continue the special military operation until all the objectives have been achieved," Shoigu said, using Moscow s name for the war.

In his daily address to the nation late Tuesday, Zelensky called the situation in Donbas "extremely difficult," saying Russian forces were mounting a massive assault on Severodonetsk and several other cities.

"All the strength of the Russian army which they still have was thrown there for the offensive," Zelensky said. "The occupiers want to destroy everything there."

Supplying Ukraine with rocket-propelled grenades, tanks, anti-ship missiles and other weapons is "the best investment in maintaining stability in the world and in preventing many serious crises that Russia is planning or has already provoked," Zelensky said.

"The longer this war lasts, the greater will be the price of protecting freedom not only in Ukraine, but also in the whole free world."