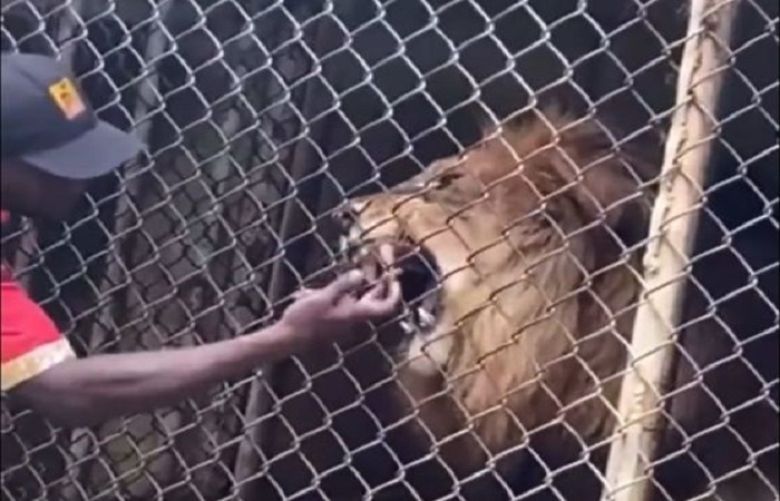 A zookeeper in Jamaica lost his finger while playing with a lion and poking his hands through its cage bars.

Footage of the petrifying moment is going viral on the internet.

The man can be seen joking around with the lion despite it being tensed. He neglects the wild animal's snarls and keeps teasing it.

As a result, the lion suddenly pounces on his hand and clamps its teeth around his finger.

The man can be seen trying to pull away and get rid of the lion's grip. The enraged animal, however, tightly holds on to the zookeeper's finger.

He keeps trying while visitors watch and record him.

Seconds later, the animal pulls away, tearing off the man's ring finger. An eyewitness told Jamaica Observer that the zookeeper was trying to put on a show for the onlookers.

Never seen such stupidity before in my life. pic.twitter.com/g95iFFgHkP

In response, the zoo said: "It is an unfortunate event that should never have happened, and we, the family of Jamaica Zoo, are doing everything to assist the gentleman moving forward."