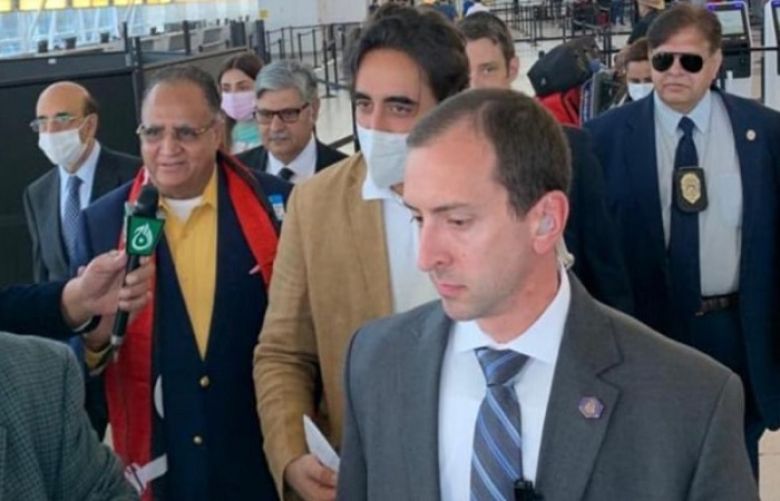 Hou­rs after Foreign Minister Bilawal Bhutto-Zardari arrived in New York on Tuesday for a series of meetings with US Secretary of State Antony Blinken, a State Department spokesperson assured Pakistan of strong US support for their efforts to rebuild the Pakistani economy.

The United States “will continue to work bilaterally on ways to grow investment and trade opportunities to build a prosperous and stable Pakistan.

Also, IMF sources in Washington confirmed that Pakistan and the IMF would start their review talks in Doha on Wednesday (today) to strike a staff-level agreement for the release of a $1 billion tranche under an Extended Fund Facility (EFF).

The week-long review will be an opportunity for Pakistan to convince the IMF to revive a stalled $6bn package for stabilising its cash-starved economy.

A public expression of US support would boost Islamabad’s efforts to revive the programme and could smooth bullish market trends as well.

The spokesperson also confirmed media reports of a one-on-one meeting between Secretary Blinken and Mr Bhutto-Zardari.

“We confirm Secretary Blinken and Foreign Minister Bhutto-Zardari will meet one-on-one and cover a number of bilateral concerns in a follow-up to their May 6 call,” the US official said.

Earlier, the foreign minister told journalists in New York that he would share Pakistan’s perspective on various issues with the international community in his UN engagements.

Mr Bhutto-Zardari is attending a UN ministerial meeting of Global Food Security Call for Action and the Security Council’s open debate on maintenance of international peace, with a focus on conflict and food security.

The US mission to the United Nations initiated both meetings to highlight how the Feb 24 Russian invasion of Ukraine was threatening global food security.

“We are here to share Pakistan’s message with the United Nations,” said Mr Bhutto-Zardari while talking to a group of Pakistani journalists at New York’s JFK airport.

The PTI had earlier planned a protest on his arrival but later they canceled the programme. Even PML-N supporters stayed away from the small PPP crowd that gathered at the airport to welcome their leader.

The foreign minister took an Emirates flight, which was delayed by a medical emergency. Mr Bhutto-Zardari’s entourage included a senior official from his ministry and some members of his personal staff. He was received by Ambassador Munir Akram, Pakistan’s Permanent Representative to the UN, its US envoy Ambassador Masood Khan and other senior officials of the two missions.

Renewal of ties with US

Speaking about Mr Bhutto-Zardari’s maiden official visit to the US, other upcoming overseas trips, and the external policy priorities of the new government at Foreign Office in Islamabad, Minister of State for Foreign Affairs Hina Rabbani Khar told the media the government was committed to renewal of ties with the US.

She said Mr Bhutto-Zardari’s meeting with Secretary Blinken provides “a useful opportunity” for strengthening bilateral engagement with the US.

Sharing the broader contours of foreign policy operations under the new minister, Ms Khar said promoting national interest would be the foremost priority; trust and confidence with partners would be rebuilt; old friendships would be consolidated and new ones would be forged; stability and continuity in policies would be provided while retaining the flexibility to adapt as required; focus would be on immediate neighbourhood as well as on balanced, objective, broad-based, mutually beneficial relations with major powers.