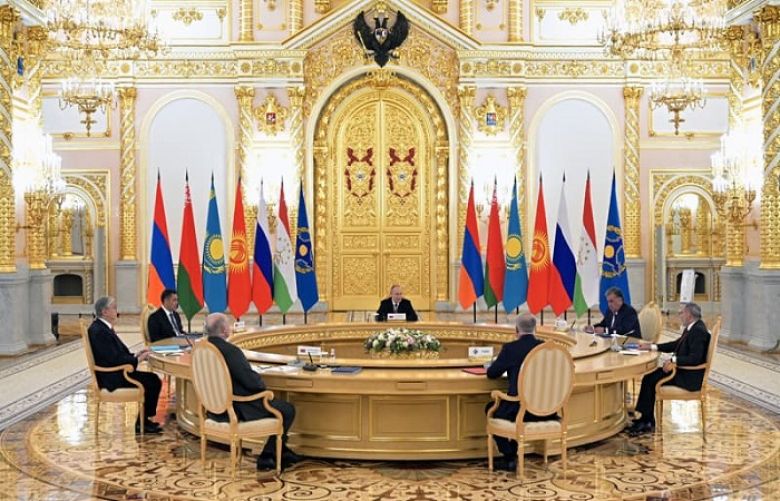 Russian President Vladimir Putin warned Finland and Sweden on Monday to expect a “response” for applying to join Nato as Ukraine braced for a new push by Moscow’s forces in its eastern Donbas region.

Swedish Prime Minister Magdalena Andersson on Monday confirmed her country would apply to join the military alliance, the day after Finland — which shares a 1,300-kilometre border with Russia — said the same.

The two Nordic countries are poised to give up decades of military non-alignment over fears they could be next in line following Moscow’s invasion of Ukraine on Feb 24.

Russia, whose war has sparked global outrage, killed thousands and created millions of refugees, warned that Nato’s expansion would have consequences.

The move poses “no direct threat for us... but the expansion of military infrastructure to these territories will certainly provoke our response”, Putin told a meeting of a Moscow-led security alliance.

But Finnish Prime Minister Sanna Marin told lawmakers: “Our security environment has fundamentally changed. “The only country that threatens European security, and is now openly waging a war of aggression, is Russia.”

Despite the resources of its giant neighbour, Ukraine has managed to repel Russian forces for longer than many initially expected, fortified by weapons and cash from Kyiv’s Western allies.

Ukraine’s defence ministry anno­unced its troops had regained control of territory on the Russian border near the country’s second-largest city of Kharkiv, which has been under constant attack.

“We thank everyone who, risking their lives, liberates Ukraine from Russian invaders,” Kharkiv regional governor Oleg Synegubov said, adding: “We still have a lot of work ahead of us.” Since failing to take the capital Kyiv in the early weeks of the war, Moscow is currently focusing on Donbas, near the Russian border and home to pro-Russian separatists.

However, Western intelligence has predicted its campaign will stall amid heavy losses and fierce resistance.

“We are preparing for new attempts by Russia to attack in Donbas, to somehow intensify its movement in the south of Ukraine,” Ukrainian President Volodymyr Zelensky said in his nightly address on Sunday.

Presidential adviser Oleksiy Arestovich told local television Sunday that Russian troops were being redeployed towards Donbas after withdrawing from Kharkiv. They were being sent towards Lugansk and “their task is to take Severodonetsk,” the easternmost city still held by Ukraine.

The fall of Severodonetsk would grant the Kremlin de facto control of Lugansk, one of two regions — along with Donetsk — that comprise Donbas.

But Russia’s attempt to cross a river to encircle it has been repelled with heavy losses of equipment, while Russian-occupied railway bridges were blown up, Ukrainian officials said.

Russia continued strikes on the Lugansk region, south of Kharkiv, killing two people and injuring nine during shelling of a Severodonetsk hospital, the Ukrainian presidency said.

Later on Monday the Ukrainian side said a further ten people were killed by Russian strikes on Severodonestsk, according to the local governor.