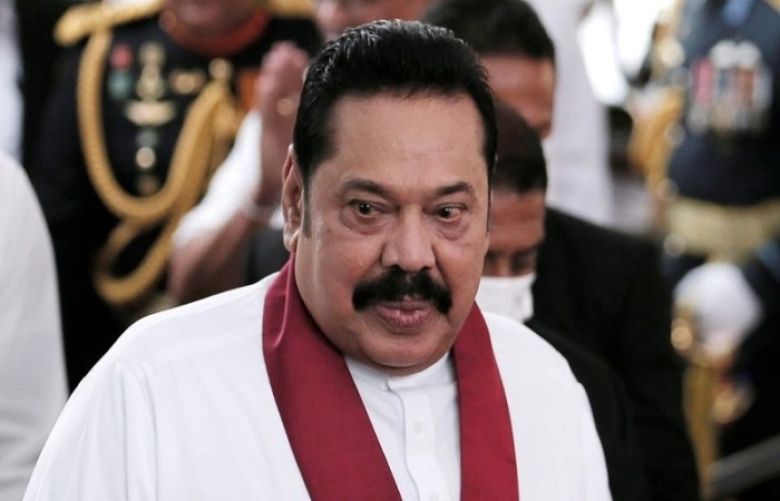 The 76-year-old sent his letter of resignation to his younger brother, President Gotabaya Rajapaksa, clearing the way for a “new unity government”, spokesman Rohan Weliwita said.

Earlier in the day, the Sri Lankan authorities imposed a nationwide curfew and deployed the army after dozens of people were hospitalised when government supporters armed with sticks and clubs attacked protestors, AFP reporters said.

The US ambassador to Sri Lanka condemned “the violence against peaceful protestors today, and call on the government to conduct a full investigation, including the arrest & prosecution of anyone who incited violence”.

Sri Lankans have suffered months of blackouts and dire shortages of food, fuel and medicines in the island's worst economic crisis since independence, sparking weeks of overwhelmingly peaceful anti-government demonstrations.

But on Monday, the biggest clashes since the start of the crisis erupted in Colombo when supporters of the family of the president and the prime minister, went on the rampage, AFP reporters at the scene said.

Police fired tear gas and water cannon and declared an immediate curfew in Colombo which was later widened to include the entire South Asian island nation of 22 million people.

Soldiers have been deployed throughout the crisis to protect deliveries of fuel and other essentials but until now, not to prevent clashes.

The violence began after several thousand supporters of the prime minister, brought in buses from rural areas, poured out of his nearby official residence.

Rajapaksa had addressed some 3,000 supporters at his house and pledged he would “protect the interests of the nation.”

The supporters then initially pulled down tents of protesters in front of the prime minister's Temple Trees residence and torched anti-government banners and placards.

They then marched to the nearby Galle Face seafront promenade and began destroying other tents set up by the “Gota go home” campaign that demands the president step down.