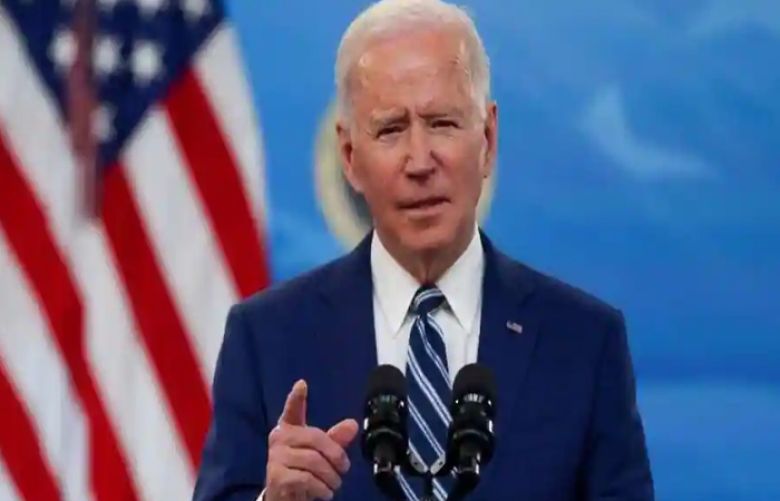 US President Joe Biden announced another package of military assistance for Ukraine on Friday as dozens of civilians were evacuated from Mariupol s besieged steelworks, the last pocket of resistance against Russian troops in the pulverized port city.

Worth $150 million, the latest US security assistance for the "brave people of Ukraine" would include artillery munitions and radars, Biden said. A senior US official said it included counter-artillery radars used for detecting the source of enemy fire, and electronic jamming equipment.

Friday s new batch brings the total value of US weaponry sent to Ukraine since the invasion began to $3.8 billion -- and the president urged Congress to further approve a huge $33 billion package including $20 billion in military aid, "to strengthen Ukraine on the battlefield and at the negotiating table."

Biden, other G7 leaders, and Ukraine s President Volodymyr Zelensky, are to meet virtually on Sunday to discuss Western support for Kyiv in its struggle against President Vladimir Putin s invasion.

Zelensky said more than 40 women and children had been evacuated on Friday from the Mariupol steelworks after spending two months in underground shelters and that "diplomatic options" were underway to "rescue our soldiers."

The Russian defense ministry gave a figure of 50 civilians evacuated, including 11 children, saying they were handed over to the UN and Red Cross, which are assisting in the operation.

It said the "humanitarian operation" would continue on Saturday.

About 200 civilians, including children, were estimated to still be trapped in the Soviet-era tunnels and bunkers beneath the sprawling Azovstal factory, along with a group of Ukrainian soldiers making their last stand.