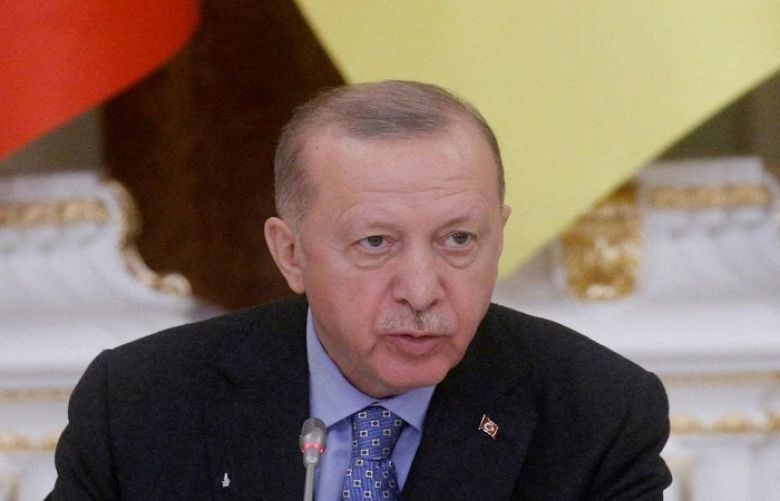 Turkey and Saudi Arabia have a common will to "reactivate a great economic potential" between the two countries, Turkish President Tayyip Erdogan said on Saturday, after his first trip to the kingdom since 2017.

Speaking to reporters on a flight back from Saudi Arabia, where he sought to mend frayed ties, Erdogan said the sides were determined to accelerate efforts for the common interests and stability of the region, Turkish media reported.

The media readout did not mention a possible currency swap line nor specifics of any other planned investments that could help relieve Turkey's economic strains.

"We agreed with Saudi Arabia to reactivate a great economic potential through organisations that will bring our investors together," Erdogan said.

"We announced that we, as Turkey, would support them in their bid to host EXPO 2030 in Riyadh," he added.

Erdogan's visit marks the culmination of a months-long rapprochement drive that included dropping a trial over the killing of Saudi journalist Jamal Khashoggi in Istanbul in 2018. Erdogan's office said the Saudi king invited him.

Analysts and officials say Saudi funding could help Turkey alleviate its economic woes, including soaring inflation, ahead of tough elections for the president next year. They said a swap line could help boost depleted Turkish reserves.

Relations soured after Khashoggi was killed and dismembered by a Saudi hit squad at the kingdom's consulate in Istanbul in 2018. At the time, Erdogan accused the "highest levels" of the Saudi government of giving the orders, but Ankara has since softened its tone.

"I believe my visit will herald a new era in the ties between our two countries. We have demonstrated our common will to enhance ties," he said.

Erdogan reiterated "the need for a new era in foreign policy" and said this was a process of making friends and not enemies with countries with whom "we share the same beliefs and thoughts."

Turkey has also been working to mend long-strained ties with Israel and Ankara's top diplomat is due to visit there in May.

Erdogan said a similar policy may be adopted towards Egypt and current low-level dialogue can be escalated.

"We already have relations at a low level, such as between our intelligence services. Relations between our business people continue, too. Positive results indicate that these steps can be taken at a higher level," Erdogan said of Egypt.