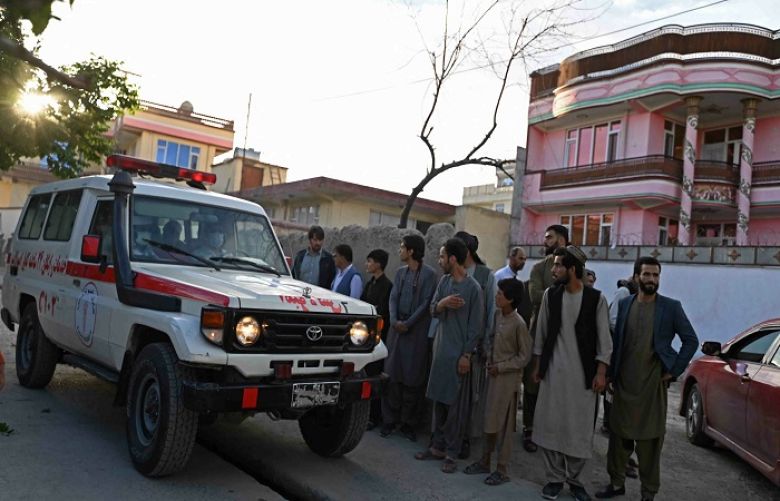 A blast in the Afghan capital ripped through a Sunni mosque and killed at least 10 people on Friday, an interior ministry official said.

A wave of deadly bombings has rocked the country in the last two weeks of Ramazan — some claimed by the Daesh group — killing dozens of civilians.

“Many worshippers were at the Khalifa Sahib mosque when the blast went off,” a survivor who gave his name as Ahmad told AFP. “Many victims were thrown off their feet.”

Mohammad Sabir, a resident in the area, said he had seen people being loaded into ambulances after the explosion. “The blast was very loud, I thought my eardrums were cracked,” he said.

Bloodied casualties were ferried in ambulances to a hospital in central Kabul but Taliban fighters barred journalists from accessing the facility.

While he made no mention of the recent spate of bombings, he said Afghanistan had been able to build “a strong Islamic and national army,” as well as “a strong intelligence organisation”.

Several recent bombings have targeted the minority Shia community, but Friday's blast was at a Sunni mosque.

It comes a day after two bombs on separate minibuses killed at least nine people in the northern city of Mazar-i-Sharif, targeting Shia passengers heading home to break their fast.

A bomb at a Shia mosque in the city a week earlier killed at least 12 worshippers and wounded scores more.

Daesh has claimed responsibility for several of the recent attacks.