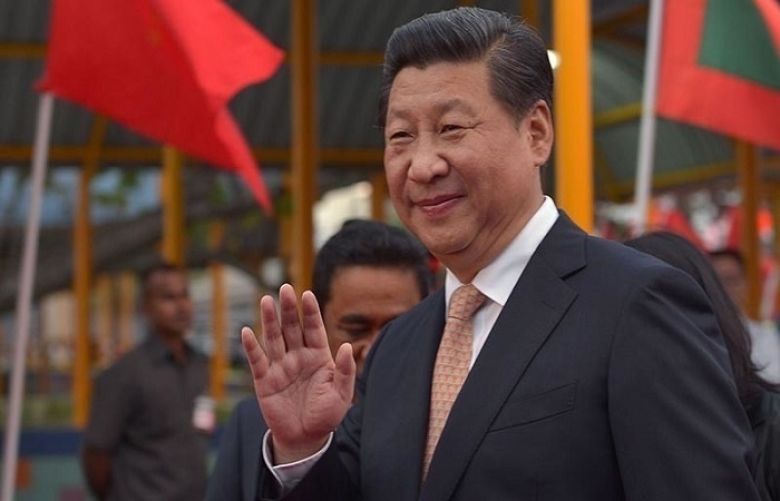 Xi pledged China’s support in a message to a gathering of representatives from Afghanistan, China, Russia, Pakistan, Iran, Tajikistan, Turkmenistan, and Uzbekistan in a central Chinese city that spotlights Beijing’s aspirations to play a leading role in Afghanistan following the withdrawal of US forces last August.

A “peaceful, stable, developed and prosperous Afghanistan” is what Afghans aspire to, which “serves the common interests of regional countries and the international community,” Xi said.

“China has all along respected Afghanistan’s sovereignty, independence and territorial integrity, and is committed to supporting Afghanistan’s peaceful and stable development,” Xi said in his message to the gathering in Tunxi, a center of the tourism industry in Anhui province.

Xi gave no specifics, although China has already shipped emergency aid to Afghanistan and is seeking to develop copper mining there.

China follows what it calls a strict policy of “non-intervention” in other countries’ internal affairs, including opposing those staged for humanitarian purposes unless sanctioned by the United Nations.

Special envoys for Afghanistan from China, the United States and Russia, a group known as the “Extended Troika”, were also meeting concurrently in Tunxi.

Although it has yet to recognise the Taliban government, China has moved quickly to shore up its ties with the group.

A month before the Taliban took power, Foreign Minister Wang Yi hosted a high-powered delegation from the group for a July 28, 2021, meeting in the Chinese port city of Tianjin.

Wang referred to the group as “pivotal” force important to peace and reconstruction in Afghanistan.

On that and other occasions, the Chinese have pushed the Taliban for assurances they will not permit operations within Afghanistan’s borders by members of China’s Turkic Muslim Uyghur minority intent on overthrowing Chinese rule in their native region of Xinjiang.

Wang also made a surprise stop in Kabul last week to meet Taliban leaders, even as the international community fumed over the hardline movement’s broken promise a day earlier to open schools to girls beyond the sixth grade.

The foreign ministers of Qatar and Indonesia have been invited to the meeting of neighbouring states as guests.