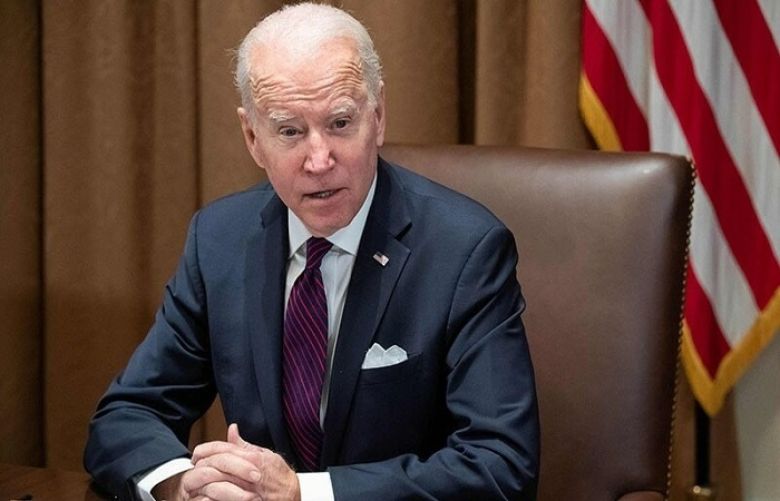 US President Joe Biden said on Thursday that he withdrew his troops from Afghanistan because it’s not possible to unify the war-torn country under one single government.

At a White House news conference, Mr Biden also said that the United States was “spending a billion dollars a week in Afghanistan for 20 years” and could not afford to do so indefinitely.

The Biden administration started pulling out troops from Afghanistan in August last year, leaving behind a vacuum, filled by the Taliban. Taliban troops entered Kabul on Aug 15 and replaced the US-backed government with their own. Since then Taliban have ignored US appeals to include other political forces into the government and to protect the rights of Afghan women and religious minorities guaranteed in the US-backed Afghan constitution.

“Let’s take Afghanistan. I know you all would like to focus on that, which is legitimate,” said President Biden while responding to his government’s alleged incompetence.

“Raise your hand if you think anyone was going to be able to unify Afghanistan under one single government,” he said. “It’s been the graveyard of empires for a solid reason: It is not susceptible to unity.”

He said when he took over the government in January last year he had to decide whether to “continue spending that much money per week in the state of Afghanistan, knowing that the idea that being able to succeed — other than sending more body bags back home — is highly, highly unusual.” So, he decided to leave Afghanistan, he added.

According to the Brookings Institution, there are about 775,000 Afghan war veterans in America, many with multiple tours of duty. “They are angry about the withdrawal, 73 per cent feel betrayed, and 67 per cent feel humiliated,” the Brookings added.

Reaching out to those upset with his decision, President Biden said that there was no way to get out of Afghanistan easily after 20 years. “Not possible no matter when you did it. And I make no apologies for what I did,” he added.

He said that even the US military would acknowledge that “had we stayed, … we would be asked to put somewhere between 20-and 50,000 more troops back in”.

Mr Biden reminded his critics that it was his predecessor Donald Trump who signed an agreement with the Taliban which required the United States to pull out its troops by May 15, 2021.